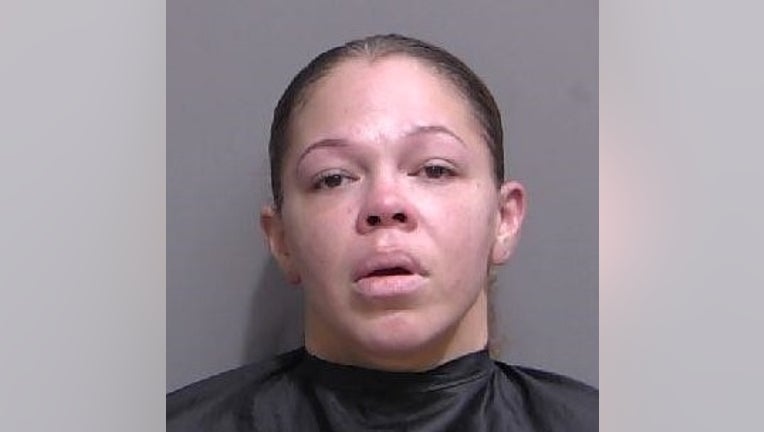 FLAGLER COUNTY, Fla. - A Palm Coast woman was arrested after deputies say she tried to set her ex-boyfriend and his home on fire.

Deputies with the Flagler County Sheriff's Office responded to a home on Beth Lane on Monday and say they observed an object on fire in the yard. According to the sheriff's report, they could smell a strong odor of gas emitting from the home and a gasoline can was visible on the counter.

The victim reportedly told deputies he was getting ready to leave his home and while outside, Botts arrived and started a verbal disturbance.

"During the argument, she went into the garage and grabbed a can of gasoline," deputies said. "When the victim went inside, he could immediately smell gasoline and observed it poured throughout the home. He advised the can was sitting on the counter, with fumes emitting from the nozzle and actively burning. He then threw the can outside to prevent a fire inside the home. He also stated that Botts grabbed him at one point and tried pouring gasoline on him, then poured gasoline around the perimeter of his home."

Botts reportedly left after the incident before deputies arrived. About 30 minutes later, they say Botts contacted deputies about a different case. She was immediately arrested.

Deputies say an Adderall pill was found in her back pocket, along with a yellow packet labeled Buprenorphine and Naloxone Sublingual Film.

"This is an example of how a domestic dispute can quickly escalate into a more critical situation," Sheriff Rick Staly said. "I’m glad no one was hurt as this situation was, literally, extremely volatile. No relationship problem is worth escalating it to be arrested or losing your life. If you need help in a domestic situation call us or seek help through the Family Life Center before the situation becomes dire."

Botts is being held on $61,000 bond. She has been on probation since July 2020 and has previously been arrested on several charges including possession of crack cocaine with intent to sell, battery, aggravated assault with a deadly weapon, and battery on a law enforcement officer.