Could killing manatees help save the species? A Florida commissioner thinks so

A commissioner in Brevard County is facing intense criticism from marine advocates after he suggested allowing people to kill manatees as a way to control their population.

"The incident command that we share with U.S. Fish and Wildlife Service continues," Sutton said during a commission meeting at the Hilton University of Florida Conference Center in Gainesville. "Right now, we're doing an after-action and looking at all the things that we did, get our notes together, get our act, you know, squared away based on what we've learned and preparing for next year, because this is a marathon."

Sutton’s comments came a day after Gov. Ron DeSantis announced he would approve more than $30 million in the upcoming year’s state budget to help manatees after a record number of deaths in 2021.

Sutton said the state agency provided 202,000 pounds of lettuce to manatees gathered in warm-water spots this winter and early spring along the East Coast. The unprecedented feeding program cost about $116,000, with almost all of the money donated. 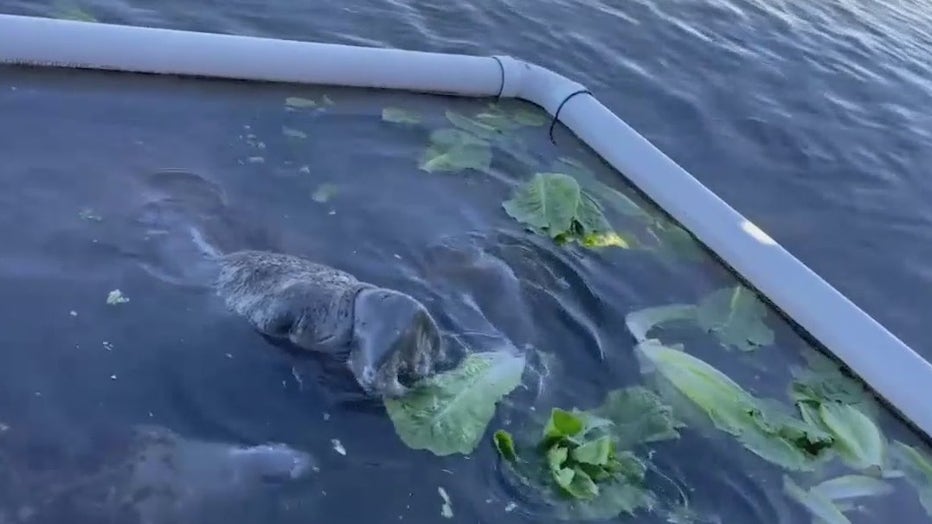 This year, the state had recorded 527 manatee deaths through April 22. That was down from 694 at the same point in 2021, when a record 1,101 manatee deaths were reported. But this year’s number remains significantly higher than the normal pace of deaths.

Seagrass beds, which are prime foraging areas for manatees, have been depleted because of poor water quality and algae blooms.