Florida's manatee population is dying in record numbers. In fact, the latest numbers show a total of 800 manatees died last year alone. One of the biggest problems is a lack of the sea cows' favorite food, seagrass.

Two small and ailing manatees rescued from the coast of Florida have been brought to SeaWorld Orlando to be treated.

A few new billboards along Interstate 95 in Florida's Brevard County may have you doing a double-take. The signs read "Welcome to Florida. Home to bears. Toxic water. Dead manatees." 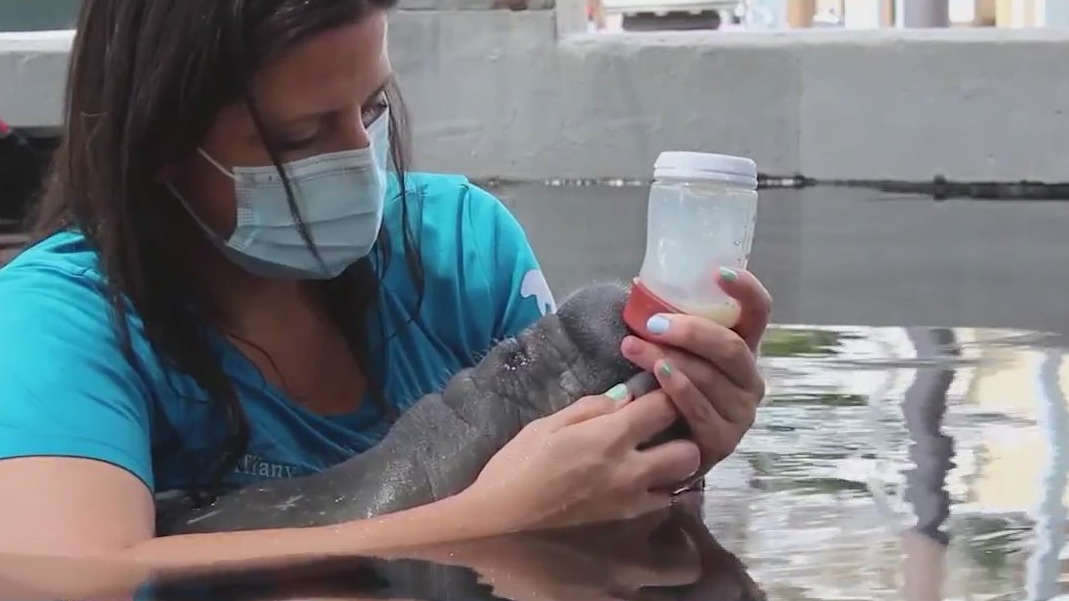 Florida manatee deaths dropped last year from a record high, but experts are warning that they are still dying off at an alarming rate.

The Save the Manatee Club said park staff counted a whopping 729 manatees in the river at Blue Springs State Park.

The Save the Manatee Club says that have been tracking the mother, Estelle, and her visits to the park since 2019.

Manatee deaths dropped in 2022 from a record high the year before, but Florida wildlife officials said Wednesday that chronic starvation caused by water pollution remains a major concern. 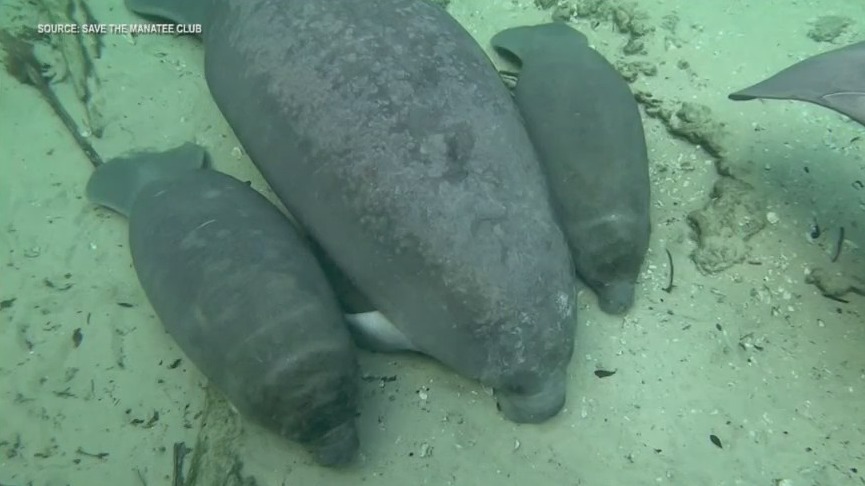 Researchers have confirmed a manatee mother is raising twin calves at Blue Spring State Park. Manatee twins are incredibly rare, they said. The Save the Manatee Club has been tracking their mother, Estelle, and her visits to Blue Spring since 2019. Both calves are In good health.

A manatee appeared to become stranded at Daytona Beach Shores where rescue teams were attempting to assess the marine mammal's health.

State wildlife officials Wednesday approved a seasonal no-entry zone in an area of Brevard County waters where manatees gather, while preparing for a second winter of feeding the sea cows to try to prevent deaths.

Lettuce will be on the menu again this year for Florida manatees as part of an effort to slow the starvation deaths of the beloved marine mammals, wildlife officials said Wednesday.

Dennis Osha was at Myakka River State Park in Sarasota on Saturday when he spotted the playful chase.

If you watch one video today, make sure it's this one!

The agreement, announced Wednesday, requires the U.S. Fish and Wildlife Service to undertake long-discussed revisions of “critical habitat” for Florida manatees by Sept. 12, 2024.

A co-owner of the Boston Celtics is donating $2 million toward protecting the Florida manatees and their habitat following two seasons of record-breaking manatee mortalities in the state.

The number of manatee deaths in Florida leaped to 1,101 last year, after averaging 625 the prior five years. The state had already recorded 537 deaths through April 29 this year.

After providing more than 200,000 pounds of lettuce to starving manatees because of depleted seagrass beds in state waters, Florida Fish and Wildlife Conservation Commission Executive Director Eric Sutton said Tuesday efforts are already underway to prepare for next winter.

State and federal wildlife officials anticipate they might again have to provide lettuce to manatees gathering in Florida waters next winter. However, as manatees continue dying at a higher-than-normal pace, officials hope to stop the unique trial feeding program before it becomes a long-term solution or the sea cows become dependent on it.

A commissioner in Brevard County is facing intense criticism after he suggested allowing people to kill manatees as a way to control their population.