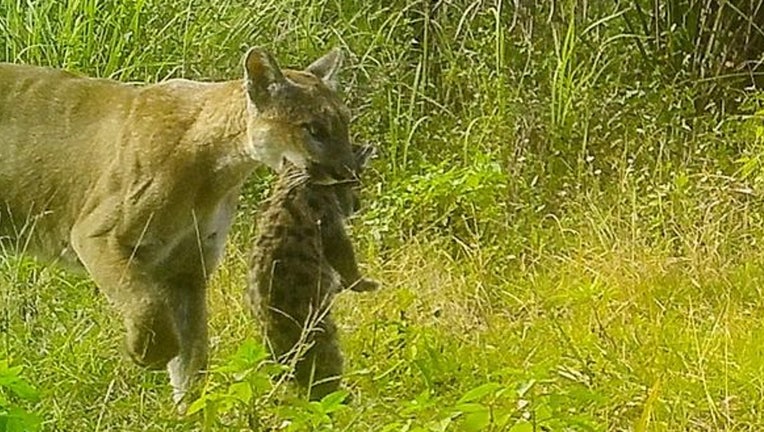 IMMOKALEE, Fla. - Wildlife cameras captured an endangered Florida panther moving her young kittens to a new den, and she used a wildlife crossing under a major highway to make the trek safely.

According to the Florida Panther National Wildlife Refuge, the mother moved her three kittens from adjacent conservation lands onto the refuge back in January.

"The mother used one of the many wildlife crossings under I-75/Alligator Alley to safely do it," the refuge wrote on its Facebook page. "Seeing results like this occur because of all the past conservation work that has been done to help Florida's wildlife is heartwarming and gratifying.

This marks the first time young Florida panther kittens have been documented on the refuge in over three years. Officials use 42 infrared camera traps spread throughout the area to monitor any wildlife. 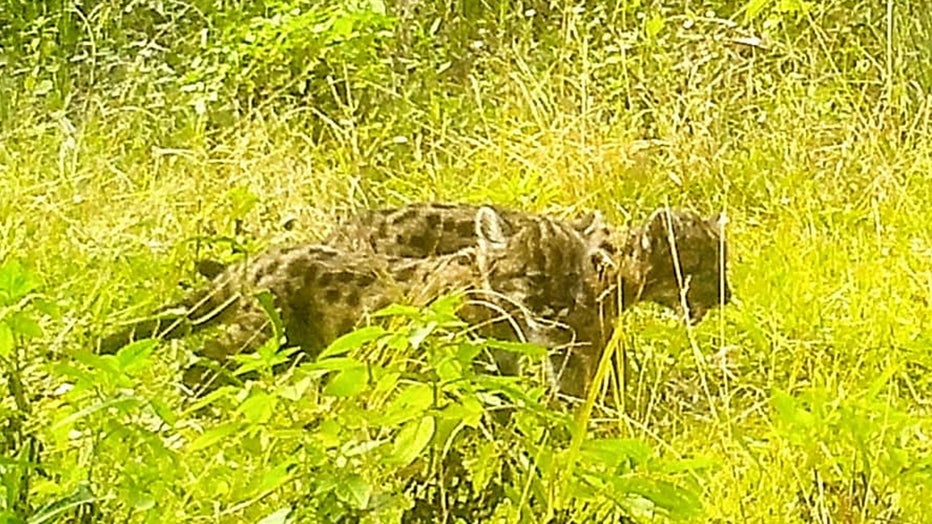 The crossings under I-75 were the first wildlife crossings ever built in Florida, and the refuge said they were "highly controversial" due to their financial cost.

A total of 24 wildlife crossings and 12 bridge modifications for safe wildlife passage were completely in the early 1990s, officials said.

Six endangered Florida panthers have died so far in 2021, according to the Florida Fish and Wildlife Conservation Commission. Four of those deaths are attributed to fatal collisions with vehicles. In 2020, a total of 22 Florida panther deaths were reported, with 19 killed by vehicles.