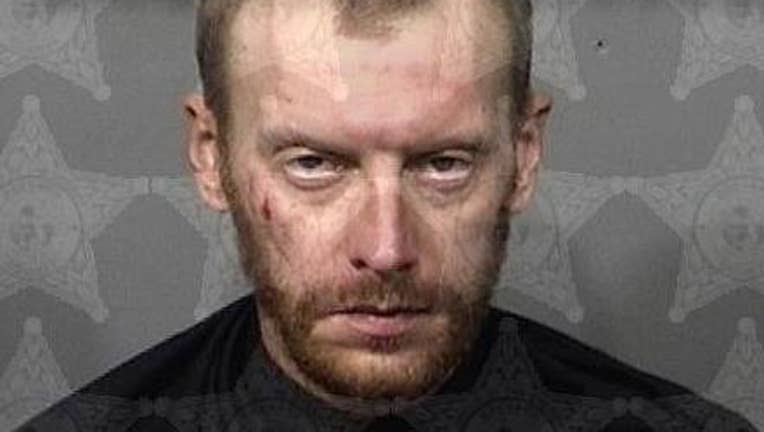 PALM BAY, Fla. - A Florida man staying at a home in Palm Bay is accused of decapitating a parakeet with his bare hands in front of the bird's owner, according to the Palm Bay Police Department.

Jacob Keller, 36, was arrested on Monday and is facing a charge of animal cruelty and criminal mischief.

The victim told police that Keller had been staying at the home as a guest for about a week when he began acting "irate and not himself, possibly on an unknown drug," the probable cause affidavit stated. Keller also allegedly began to speak "incoherently" and make strange movements.

The victim told responding officers that Keller brought the victims pet bird cage out to the front yard and let one of the birds fly away after throwing the cage on the ground and breaking it. The affidavit stated that Keller then grabbed the victims other bird from the cage and decapitated it "by using his hands to rip the head off the body" in front of the owner.

Keller was arrested and was reportedly behaving aggressively while in the patrol car. He was taken to the hospital to be medically cleared where he was forced to be restrained due to aggressive behavior, the affidavit stated.

He is currently in the Brevard County Jail on $2,500 bond.