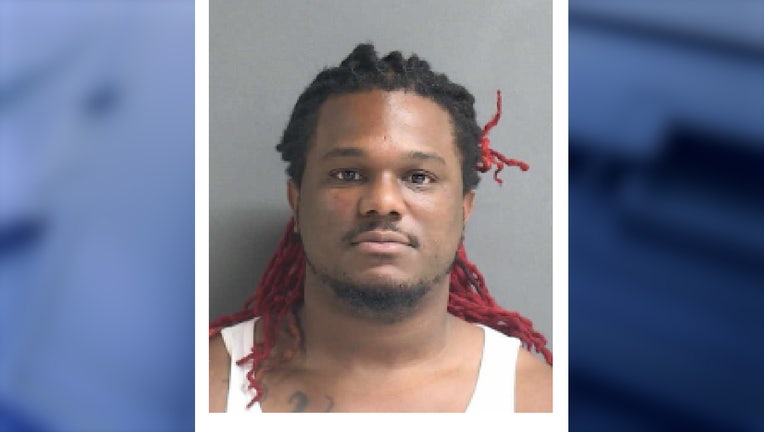 DAYTONA BEACH, Fla. - A Florida man was arrested Sunday for his involvement in an alleged road rage incident in Daytona Beach that left another man dead.

Ricardo Gibbs, 35, of Miami, is facing felony charges of first-degree murder and aggravated battery according to a charging affidavit – and is being held without bond.

The Daytona Beach Police Department said its officers responded to the shooting shortly after 7 a.m. in the 900 block of Vine Street. Police said Gibbs was the person who reported the incident. He was found at the intersection of 3rd and Dal Maso Drive and was taken into custody.

The victim was found on Vine Street and had been shot in the chest. He was rushed to the hospital and is in critical condition, but died Sunday of his injuries, police said in a statement Sunday morning. The victim has not been identified at this time.

According to the victim's father – who was at the scene when law enforcement arrived – the victim reportedly left his home on a motorcycle to get food and later called his father saying he had been shot by a man on Vine Street.

Police said the initial investigation indicates that the motive behind the shooting could be "road rage" related.

Gibbs allegedly told officers he was driving eastbound on Brentwood Drive when he came to a four-way intersection with flashing lights at Vine Street. Gibbs said there was a mini-van facing northbound on Vine Street that had the right of way, and the victim was on a motorcycle behind it. After the mini-van went north, Gibbs reportedly had the right of way and proceeded to enter the intersection to travel northbound, but before he could complete his turn, the victim reportedly cut him off and "flipped him off" as he traveled through the intersection, the affidavit stated.

Security cameras in the area captured the incident from a distance, according to police. Officers said Gibbs was seen speeding past the victim as he was traveling northbound on Vine Street and came to a stop in the road. A few seconds later, the victim could be seen falling off the motorcycle. Police said it did not appear as if the victim pulled out a gun and no muzzle flash was seen.

Officers spoke to a witness who said they saw Gibbs and the victim appear to be arguing in the middle of the road, and saw Gibbs began shooting at the victim, and the victim reportedly pulled out a gun and started shooting back at Gibbs. The victim fell to the ground and Gibbs drove off, the police department said.