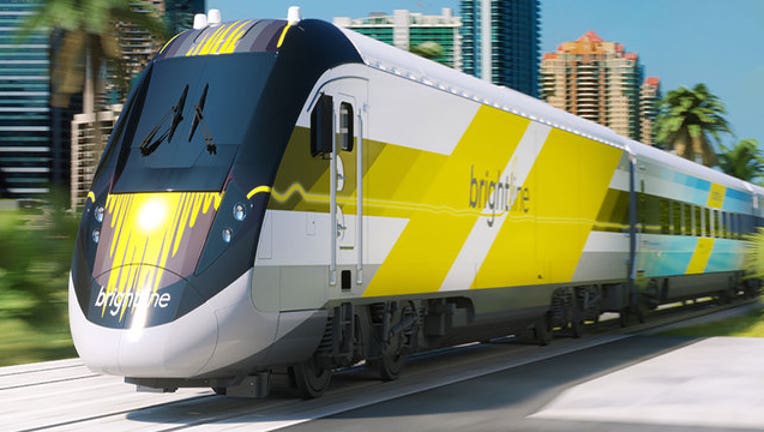 TALLAHASSEE, Fla. (AP) - Florida Gov. Rick Scott, who killed a major publicly-financed high speed rail project in his first year in office, has invested with his wife in a fund that has links to a private company building a new high speed rail line.

The Miami Herald reported Thursday that new financial disclosures show Scott and his wife have invested in a credit fund run by the parent company of All Aboard Florida. All Aboard Florida is building the Brightline line from Miami to Orlando, but recently expressed interest in extending it to Tampa.

Scott in 2011 rejected $2.4 billion the federal government offered the state to build a high speed rail line to Tampa. He said the project championed by President Barack Obama was too risky and predicted the state would wind up subsidizing the project because ridership and revenue projections were "overly optimistic."

Scott, however, has said he supports All Aboard Florida's plans to construct a line to Tampa and called it an "exciting opportunity."

Scott, who is leaving office due to term limits, is now running for U.S. Senate. He was required last month to submit a detailed financial disclosure that showed his family is much richer than Scott has been reporting to state authorities. That disclosure also revealed for the first time the holdings of Ann Scott.

The Herald pointed out that both Scott and his wife invested in a fund run by Fortress Investment Group, which is the parent company of the rail company that operates Brightline. Brightline is already running trains between West Palm Beach and Miami. The Scotts' investment in Fortress Secured Lending Fund - the credit and lending division - produced at least $150,000 in income last year,

Lauren Schenone, a spokeswoman for Scott, said the investment with Fortress is unrelated to All Aboard Florida.

"Both the governor's and the first lady's investments are in an unrelated debt-financing fund," Schenone said. "As such, the success or failure of All Aboard Florida or any rail project within the State of Florida will have no effect on this investment."

"Rick Scott killed high speed rail in 2011 to help his special interest allies profit -- and to pad his own wallet," said American Bridge spokesman Joshua Karrp. "This is the very definition of conflict of interest and corruption."

Scott has said he backs All Aboard Florida because it is a privately-funded project with no risk to taxpayers. A review of documents by The Associated Press in 2014, however, showed that some of Scott's top aides and agency heads assisted the development of the train.