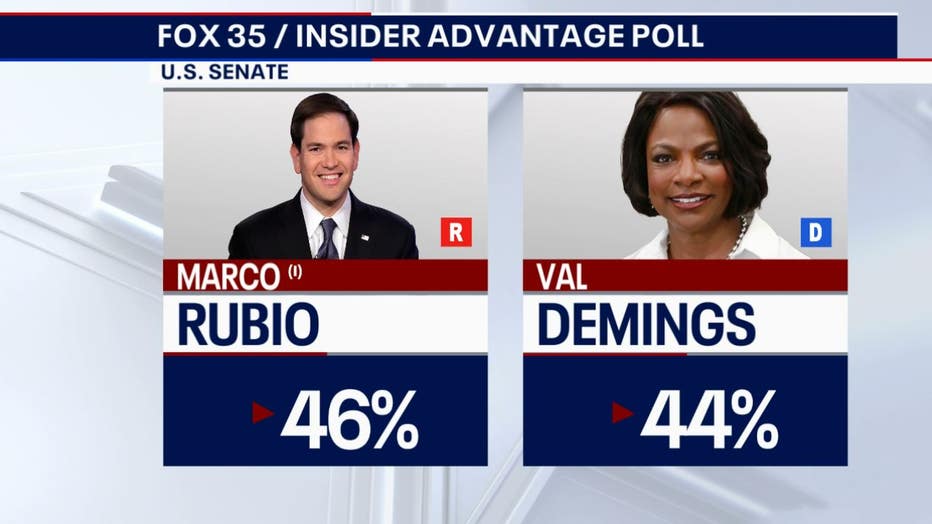 Insider Advantage founder Matt Towery told FOX 35 in a statement that "these results are pretty much consistent with other recent polls as reported by Real Clear Politics." He said both Rubio and Demings enjoy almost full support from their respective parties.

Among independent voters, Demings is favored over Rubio by two percentage points, according to the poll.

Rubio leads among Hispanic, Latino, and white voters, and Demings is favored among African American voters, the poll shows.

"As usual in Florida, the race will be decided by voter turnout. Rubio will have a slight advantage as to the number of registered Republican voters," said Towery. He expects Demings will remain competitive due to her support among African American voters.