Flamingo spotted in the wild with flock of pelicans in Florida

A tour boat captain captured a rare sight in Florida: a flamingo hanging out with a flock of pelicans in the wild. (Credit: Captain Craigs Everglades Boat Adventures LLC)

COLLIER COUNTY, Fla. - A Florida tour boat captain came across a rare sight while out on the water: a flamingo hanging out with a flock of pelicans in the wild.

Capt. Craig Daniels of Capt. Craig’s Adventures told FOX 35 News he spotted the pink bird while on a trip to the Ten Thousand Islands on Monday.

"I thought it was a piece of trash on a stick," he said. 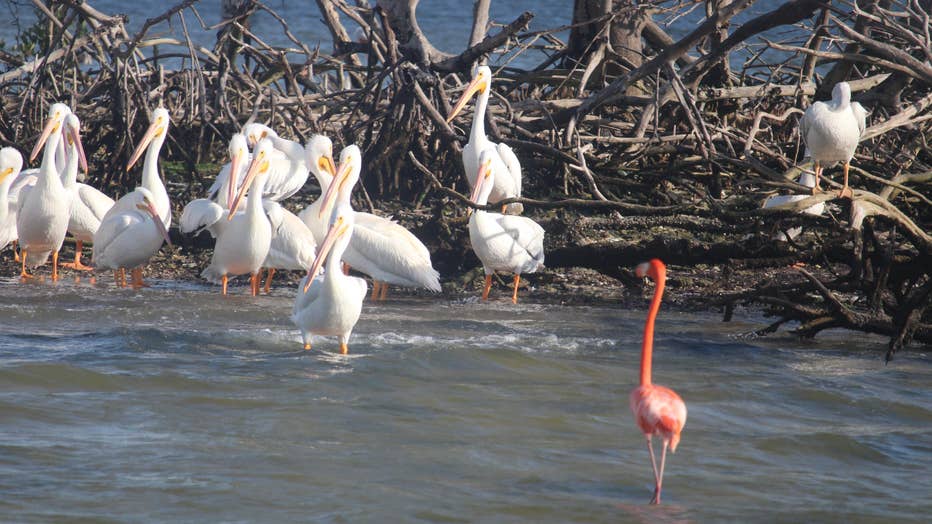 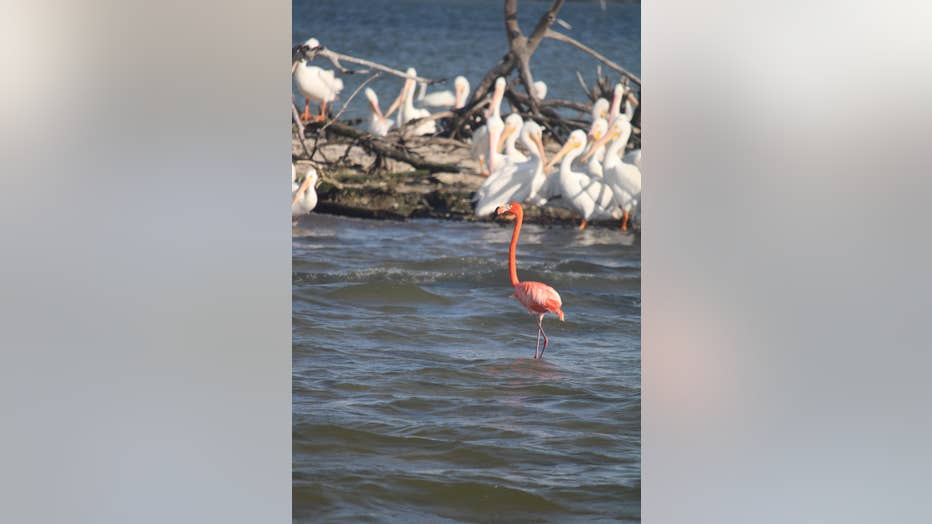 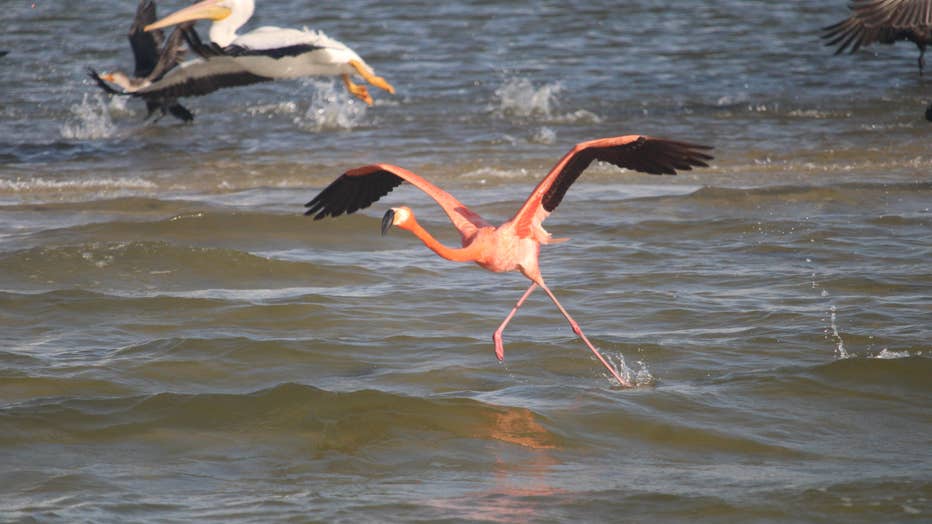 "Then the bird took off flying and flew all around the boat. It was so exciting! And then the bird landed back on the other end of the beach."

Photos show the flamingo standing among the pelicans – not even trying to blend in. The pink bird splashes through the water on its skinny legs before taking off flying over the water. 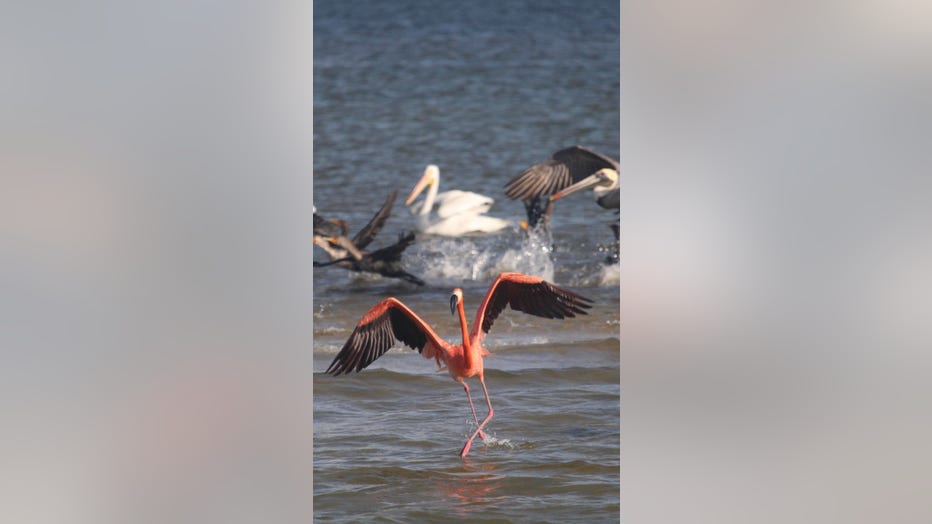 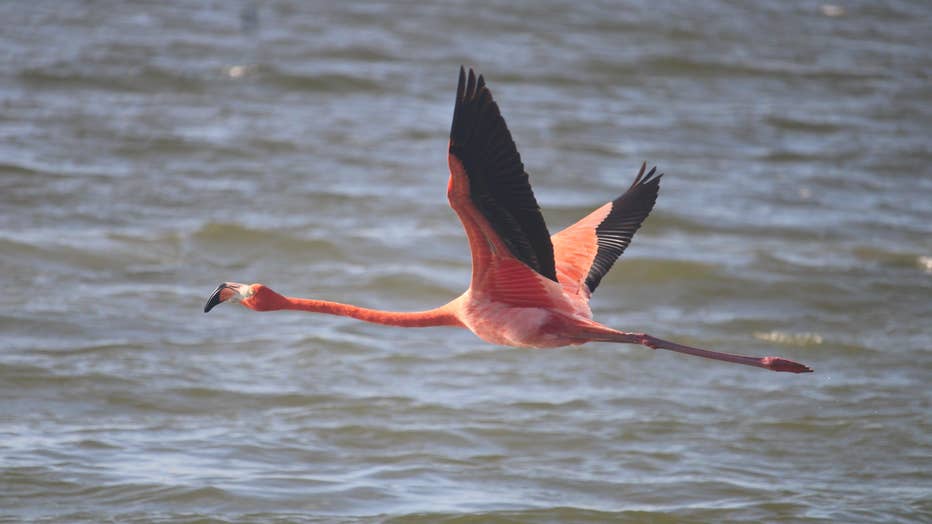 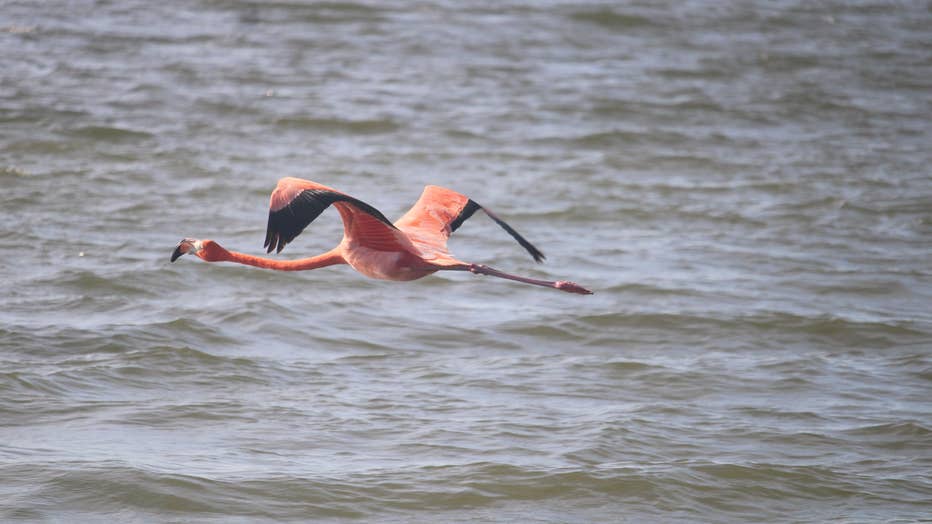 Rochelle Streker, a Southwest Florida shorebird manager with Audobon Florida, told WINK News that this is their first confirmed flamingo in Collier County.

Capt. Daniels went back to the same spot a few days later and said the flamingo was still there – with its new pelican friends.

According to Florida Fish and Wildlife, flamingos have been observed along much of the state’s coast, however, outside of Hialeah, more than 95% of observations have occurred within the Everglades, Biscayne Bay and the Florida Keys.