A School Resource Officer was fired after investigators said he got rough with a student, but the family of the student now wants charges filed against the man. The family of the 13-year-old girl held a news conference on Friday morning regarding the incident. The State Attorney's Office is reviewing the video of the incident to determine if Deputy Harry Reid will be charged.

ORLANDO, Fla. - The family of a female middle school student whose head was pulled using "an inappropriate amount of force" by an Orange County school resource deputy says they want him charged with battery.

"When he did that, I was scared. And I was worried because I didn’t do nothing to him to treat me like that," Wilmica Edmond said.

The family of the 13-year-old girl held a news conference on Friday morning regarding the incident. The State Attorney's Office is reviewing the video of the incident to determine if Deputy Harry Reid will be charged.

While their attorney, Ryan Fletch, said that firing the deputy was the right thing to do, he thinks more should be done.

"That action was unjustifiable, a violation of Orange County Sheriff policy and unacceptable."

Edmond is reportedly seeing a doctor for neck problems and pain associated with the incident at school, her lawyer, Joseph Osborne, said during the news conference. 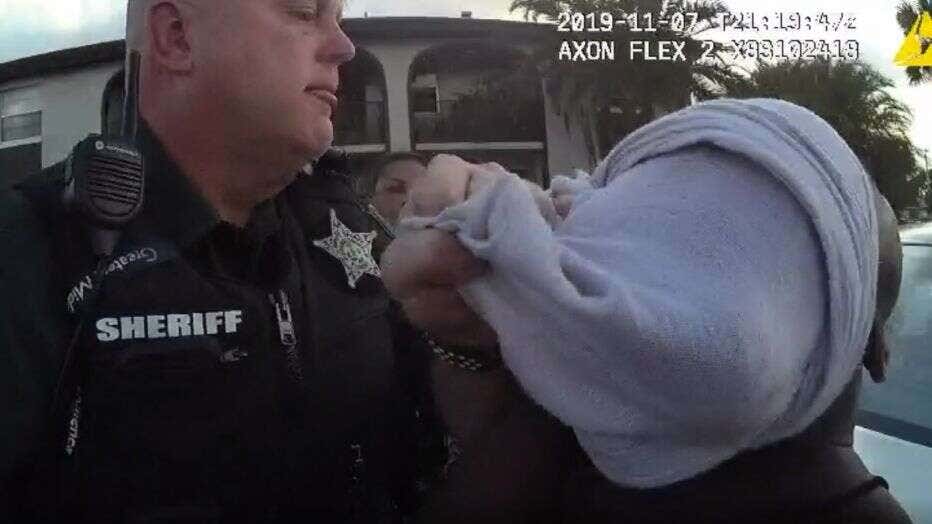 "When I go to sleep, sometimes I can barely sleep because my neck be hurting," she said.

FOX 35 News asked, "Did you have any cuts and bruises?"

She said, "No. It was just my neck and head and something in my eye, but obviously it's gone down."

The Orange County Sheriff's Office sent a letter to the media, saying since they received a "Notice of Intent letter, which signals pending litigation, it would be inappropriate to comment on the press conference."

On Nov. 7, deputies were called to break up a fight at Westridge Middle School, which ended with Reid taking things too far with the student, Sheriff Mina said.

The video circulating online shows Reid taking the girl into custody at the Summerset Apartments in Orlando. Officials say the video shows Reid grabbing the girl by the back of her head and forcefully pulling her head backward. The student can be heard screaming in the video.

We asked, "But you think this is a racial incident?"

Attorney Fletcher said, "I think she’s reacting to how she was treated violently, pulled, restrained and had her hair pulled back when she was not a threat to other individuals."

Edmond said she returned back to Westridge Middle School the very next day.

"I’m not nervous when I’m in school," she said. "They have new officers at school. They’re nice and everything like that. They’re always checking on me, asking me if I’m OK. If you’re black or white, we’re all the same. We’re equal. It don’t matter what color you are cause we’re all humans."

The Orange County Sheriff's Office said in a press release that Reid had been with them since February 22, 2019. He has since been fired, Sheriff Mina said.

“There’s no doubt in my mind his actions were excessive and I didn’t see a need to put his hands on a middle school child. To me it looked like he lost control and his actions were totally inappropriate,” Sheriff Mina said during a news conference.

Sheriff Mina said he is looking into prior complaints.

The Orange County Sheriff's Office sent out a full statement on Friday. It read, in part:

If a deputy is hired directly to a School Resource Deputy position, they must go through OCSO’s thorough hiring process, which includes Voice Stress Analysis (truth verification) Panel Interview, Complete Background Check, Medical exam & drug screen and Psychological Evaluation. They must have a current Florida Law Enforcement Officer Certification, at least two years of prior law enforcement experience, and go through OCSO Basic Recruit Training (9 weeks) and Field Training (14 weeks) in addition to the SRO, CIT and block training mentioned above.

The OCSO criminal investigation into former deputy Harry Reid is ongoing, and when it is completed, the results will be turned over to the State Attorney’s Office, which will determine whether criminal charges are appropriate."