The Orange County Sheriff's Office said in a press release Saturday that Harry Reid has been with the office since February 22, 2019.

ORANGE COUNTY, Fla. - The school resource officer seen in a video using "an inappropriate amount of force" on a female middle school student has been identified.

The Orange County Sheriff's Office said in a press release Saturday that Harry Reid has been with them since February 22, 2019.

"He previously was a deputy with the Orange County Sheriff’s Office from 2000-2004. He worked as a law enforcement officer in North Carolina from 2005-2016," the sheriff's office said.

An Orange County school resource deputy was fired after a video surfaced of him using "an inappropriate amount of force" on a female middle school student, the sheriff's office said.

What started out as a call to break up a fight ended with Reid taking things too far with the West Ridge Middle School student, Orange County Sheriff John Mina said.  The video circulating online shows Reid taking a girl into custody at the Summerset Apartments in Orlando.

Reid is seen grabbing the girl by the back of her head and forcefully pulling her head backward. The student can be heard screaming in the video.

“There’s no doubt in my mind his actions were excessive and I didn’t see a need to put his hands on a middle school child. To me it looked like he lost control and his actions were totally inappropriate,” Sheriff Mina said during a news conference on Friday.

He said that someone sent him the video through social media, and he stressed that the behavior will not be tolerated.

“I am extremely upset, disappointed and outraged by the conduct of our deputy sheriff,” Mina added. 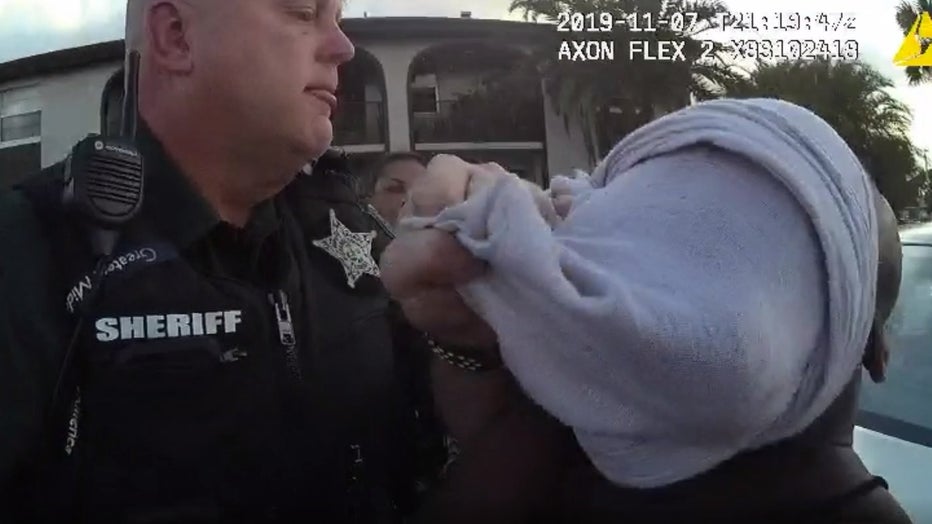 Sheriff Mina said that Reid has been fired.  The child in the video was not arrested. She was briefly detained and released to a parent.

“We made the decision to remove the SRO from the school and terminate his employment with the OCSO,” he said.

“I’m just really upset right now about to cry,” she said, adding that there is no excuse for the deputy’s actions.  “I’m not saying what happened before is ok. Whatever transpired to the situation, it could have been handled better. I think officers should be trained to de-escalate situations.”

She said it’s not the first time this deputy has had issues.

"I’m in disbelief. I was hurt when I saw the video because my son had the same altercation with the officer last month.”

“We are aware of the disturbing video taken at an apartment complex after school yesterday showing a school resource officer using force to subdue a juvenile. We appreciate Sheriff Mina acting quickly to remove the assigned deputy from our school and open an investigation into the incident. We will assist with the investigation, as needed.”

Sheriff Mina said he will look into prior complaints. He and the State Attorney's Office are reviewing the video and will determine if Reid will be charged.