The Volusia County Sheriff's Office seized two emaciated horses in Edgewater and says the owner is facing charges in this investigation.

EDGEWATER, Fla. - The Volusia County Sheriff's Office on Wednesday seized two emaciated horses at a home in Edgewater. They say charges are pending against the owners.

“They were so skinny, they were not taken care of,” said neighbor Breeana Meyer. “They just looked bony and brittle, and hungry.”

Now there's just an empty corral. Neighbors described what happened. “We saw the sheriff's office and animal rescue, several vehicles out there along with the horses in a carriage,” said neighbor Millie Burch.

Deputies said they'd taken the horses to a safe place with a vet now looking after them. Relieved neighbors were thrilled. 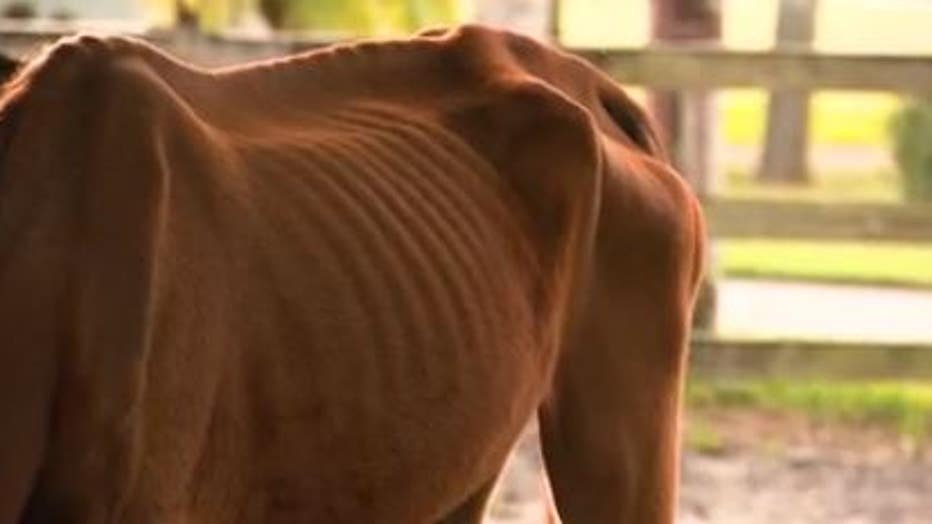 Deputies say the owners were home when they took the horses but didn't come to the door or cooperate with them. Neighbors say they just want what's best for the animals.

“I hope they get the nutritional value of food they need,” said Meyer, “the attention they need, the love they need.”

“Just want them to be healthy and happy wherever they go,” Burch added.

Volusia County Animal Services is doing a parallel investigation for alleged neglect for dogs on the property. Deputies said it was an ongoing investigation and the owners had ten days to appeal the decision to take the horses away.