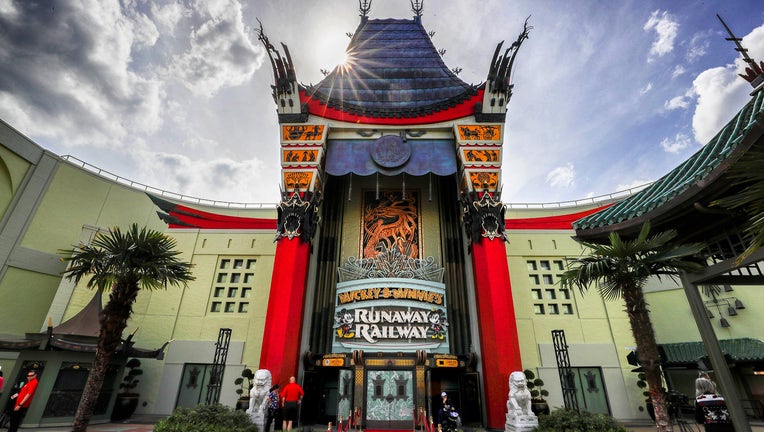 An exterior view of The Chinese Theater at Disney's Hollywood Studios, on the eve of the grand opening of Mickey & Minnie's Runaway Railway, at Walt Disney World, Tuesday, March 3, 2020. The ride is a new attraction inside the theater and officia

To celebrate, Walt Disney World President Josh D'Amaro visited the iconic park and made the now-empty space a little louder.

The Disney Parks Blog posted on its Instagram a video of D'Amaro saying he's heard from many people asking how it sounds inside the Disney parks, so for just a few minutes, he wanted to share a little music and magic from inside Hollywood Studios with the world on its birthday.

The video ends with D'Amaro saying he can't wait for the time when he can share the parks with everyone.

Disney’s Hollywood Studios opened to the public on May 1, 1989, as Disney-MGM Studios.

RELATED: Disney World may struggle to reopen compared to Disneyland after coronavirus: report

RELATED: Disney shares Mickey Mouse-shaped beignet recipe to cook from your own kitchen