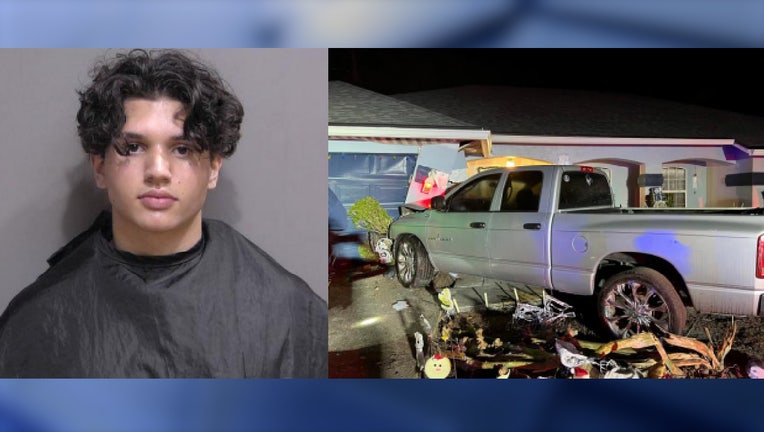 PALM COAST, Fla. - A Florida man reportedly crashed into a house after allegedly seeing a "shadow in the road," Sunday morning and attempted to hide from deputies when they arrived at the scene, according to the Flagler County Sheriff's Office.

Authorities said they arrived at a home in the "B" section of Palm Coast and were told by a witness of the crash that the driver – later identified as 18-year-old Aidan Sauco-Maldonado – had run away from the area after slamming a truck into the home.

Maldonado was found a short time later and reportedly smelled of alcohol. He told deputies the shadow was the reason he swerved off the road, the sheriff's office said.

He was arrested on charges of driving under the influence, crashing into a residence and running from deputies.