Javier and Jamie Davis, of Cocoa, Florida, have been charged in connection with an animal cruelty investigation. FOX 35 News crew cameras were rolling as Javier Davis was questioned and arrested in Brevard County.

COCOA, Fla. - FOX 35 News crew cameras were rolling as an animal cruelty suspect was questioned and arrested in Brevard County. A second suspect was later arrested.

Exclusive video shows 46-year-old Javier Davis sitting on the back of a pickup truck and being questioned by investigators. Minutes later, he was led into a sheriff’s office SUV.

Javier and Jamie Davis have been charged in connection with an animal cruelty investigation. The Brevard County Sheriff’s Office says deputies responded to their home on Beck Drive in the Cocoa area for an overdose and discovered horrible conditions.

They called animal services three dogs were removed from the home. 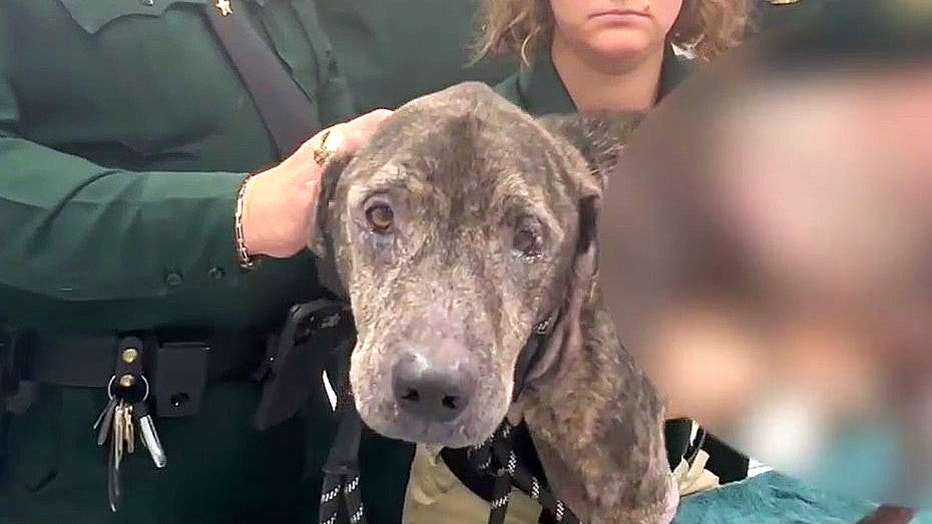 Sheriff Wayne Ivey posted a Facebook Live video Wednesday evening with one of the dogs, named "Shady" to bring attention to the case. Not long after, deputies had Javier Davis in handcuffs.

"I can tell you that the dogs were extremely malnourished and dehydrated. Skin disease. As you can see in the video… pretty bad shape," Sheriff Ivey said. "If you’ll hurt an animal like that, if you will hurt a helpless pet like that, what will you do to a human?"

The dogs are in a shelter and being helped by a veterinarian.