A popular Central Florida eatery and lounge will remain closed due to flooding caused by Hurricane Ian.

OVIEDO, Fla. - A popular Central Florida eatery and lounge will remain closed due to flooding caused by Hurricane Ian.

The Black Hammock Restaurant is located off Lake Jesup in Seminole County. The owner said it is impossible to reopen while floodwaters have impacted the lake, which is part of the St. Johns River System.

"I was prepared for the storm and the flood, but never imagined it was so high," said Joel Martin who described floodwater as deep as four feet in some places along his property. "Office, house everything is down."

He took a FOX 35 News crew out by tractor to survey the flooding, during which he spotted a large alligator. "This one is big!" he exclaimed. 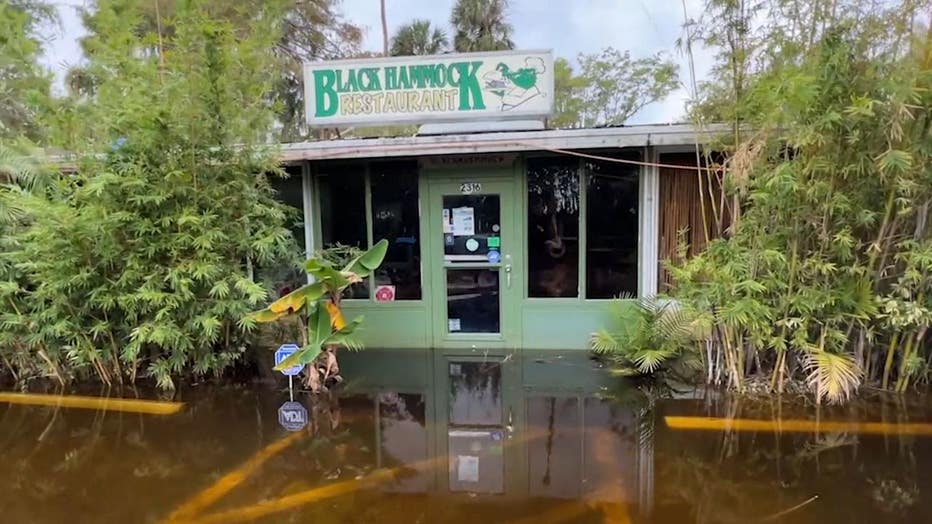 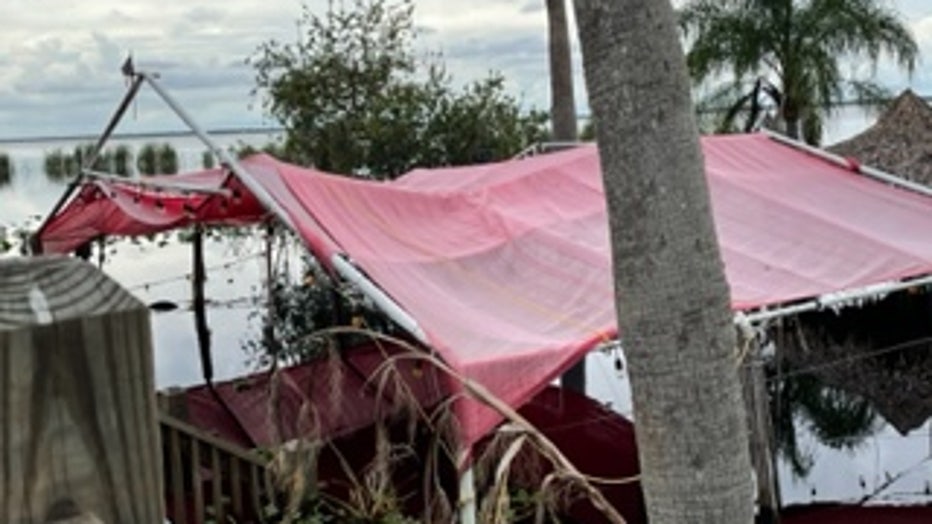 What was once the outdoor patio of the restaurant is now underwater.  Martin said he also lost a boat during the storm. "Cleaning all this mess will take a long time. You have to take the good days and the bad days."

Martin told us that he plans to apply to the county for help in the rebuilding process.