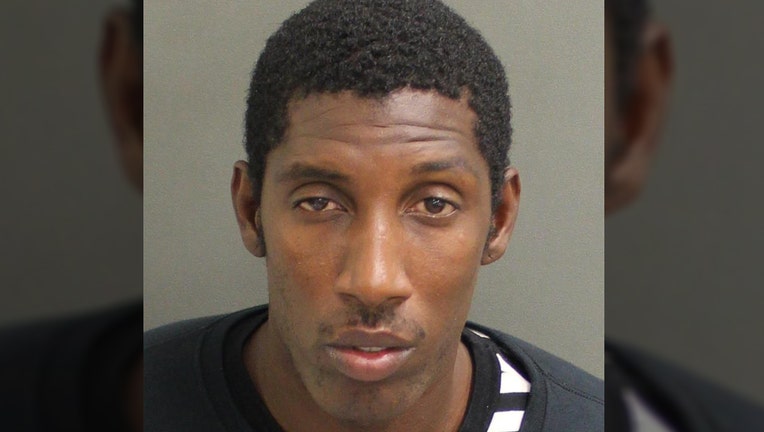 ORLANDO, Fla. - Orlando Police have made an arrest in one of the two recent attacks on women near Thornton Park.

Michael T. Scarlett II has been charged in the attack that happened on the 400 block of Cathcart Avenue on October 9. Police say he turned himself in at 3 a.m. on Monday at the Orange County Sheriff's Office.

This comes two days after police publicly identified him as a suspect in the attack.

Scarlett is accused of attacking a woman outside her apartment after walking her dog. Police say she saw a man whom she believed was headed into another apartment near her unit. As she was entering her apartment, she said the man approached her, covered her mouth to prevent her from screaming and attempted to push her into her apartment. The victim was able to scream loudly enough to get the attention of her neighbor, who scared the suspect away.

At a news conference on Monday regarding the arrest, police said that DNA was an important factor in identifying the suspects from both attacks. They also said that when Scarlett turned himself in, he seemed to have accepted his decision.

“He had accepted the fact that he was on the way to the jail, and that’s the extent of his emotion that he showed here,” said Orlando Police Special Victims Unit Supervisor Sgt. Charles Crosby.

Scarlett was wanted after cops say he attacked a woman who was walking her dog last month and tried to push her inside her Cathcart Avenue home.

Neighbors scared him off, but according to an affidavit, a hat left behind gave cops the DNA evidence they needed to identify him.

Another man, identified as James Calixte, is wanted for a separate attack that happened less than a mile away in Orlando. While the attacks are not related, police say they have received additional tips regarding the whereabouts of Calixte.

If you have any information on where Calixte might be, call the Orlando Police Department or Crimeline at 1-800-423-TIPS.