The two suspects were identified after women were attacked near Lake Eola Heights.

ORLANDO, Fla. - The Orlando Police Department announced Saturday that it has identified two suspects in two separate attacks against women in Downtown Orlando last month, adding that the cases are not connected.

Police say James Calixte is wanted for the incident in Thornton Park on October 26.

Police say a woman was outside her home on Jefferson Street when the suspect grabbed her and took her to the side of the house and raped her.

Investigators say Michael Scarlett is the suspect in the case along Cathcart Avenue in the Lake Eola Heights neighborhood. 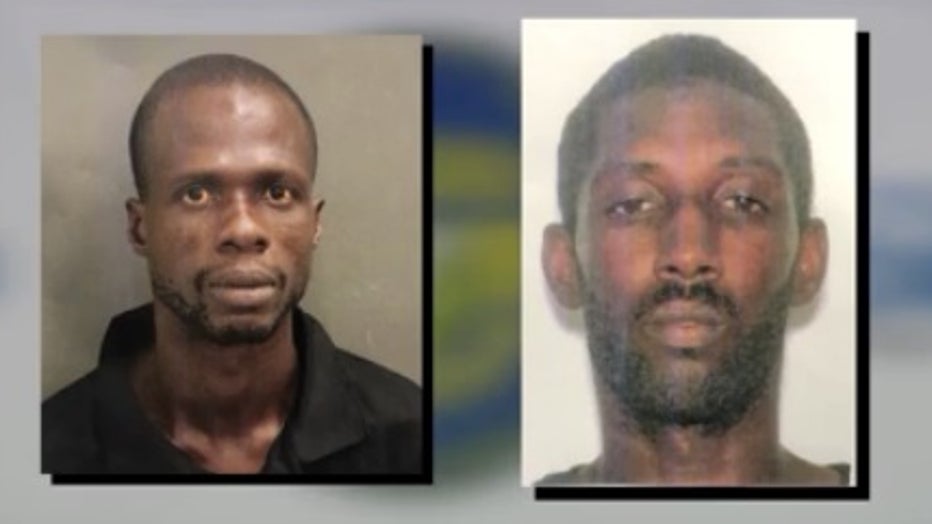 "We have identified them, but the work is not done," said Orlando Police Chief Orlando Rolon at a press conference Saturday morning.

Detectives said DNA was used to help identify the suspects, who they say are known to police but have no prior sex offenses on their records.

Investigators say they got about 40 tips through Crimeline and thanked neighborhood watch groups in both areas as they asked for continued help to find the suspects.

"The longer they remain out there, there's always that potential they could strike again," Chief Rolon said. "Now more than ever it is important, vital, for our citizens to continue to be involved so we can put these two very dangerous individuals behind bars."

Meanwhile, neighbors are looking out for each other.

"I’m just looking out for my girlfriend and my roommate, and honestly any other neighbor that could be in trouble," said resident Andy Padilla.