ORLANDO, Fla. - An ambulance got trapped in extremely flooded streets in the SoDo District of Orlando early Thursday morning as Hurricane Ian lashed the area with downpours and high wind gusts. The system downgraded to a tropical storm on Thursday morning.

FOX 35's Dave Puglisi was driving in the area of South Orange Avenue and Silver Court when he spotted the ambulance. Video and photos from the scene shows water levels almost as high as the Silver Court street sign.

"Crews are moving through waist to chest deep water trying to get to the ambulance," Puglisi tweeted.

Another vehicle in the area was submerged with water up to its windows. Additional flooding was found on South Lucerne, South Orange and Ponce de Leon – all streets surrounding Lake Lucerne.

A Flash Flood Warning was issued for several Central Florida counties amid Ian.

In downtown Orlando, the traffic light post holding the sign for Livingston Street took a beating during the storm and was almost completely torn down. 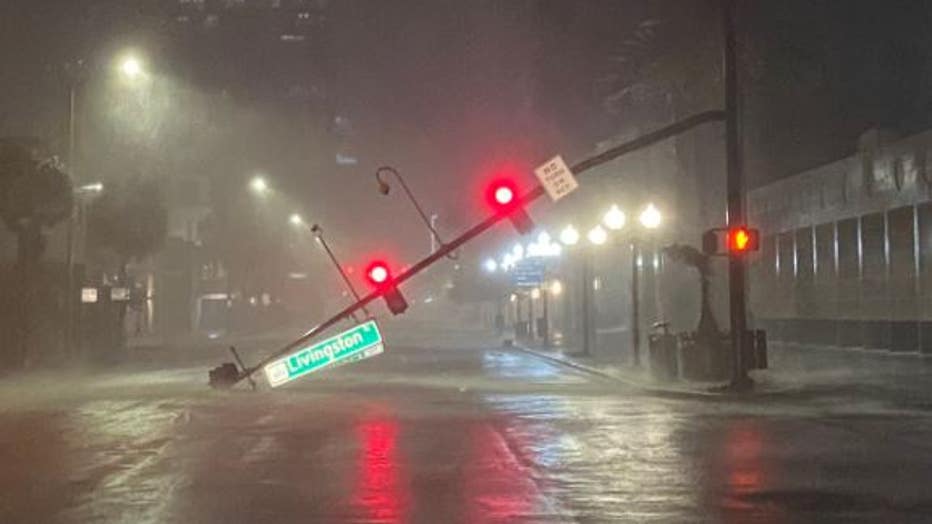 Incredible video shows a boat that washed up onto someone's yard in Cape Coral, Florida as the area dealt with massive flooding from Hurricane Ian.

It's not known where the boat came from.

VIDEO: Boat washes up into front yard of Florida home during Hurricane Ian

Incredible video shows a boat that washed up onto someone's yard in Cape Coral, Florida as the area dealt with massive flooding from Hurricane Ian.

In Sanford, there was damage to St. Johns River Steak & Seafood Restaurant next to Lake Monroe. It appears to be an awning at the front entrance was ripped off and tangled by the wind. 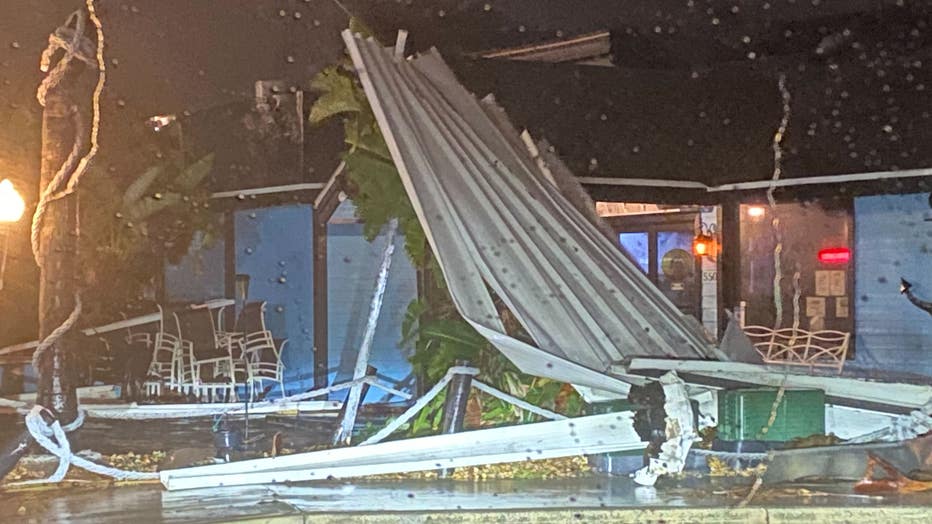