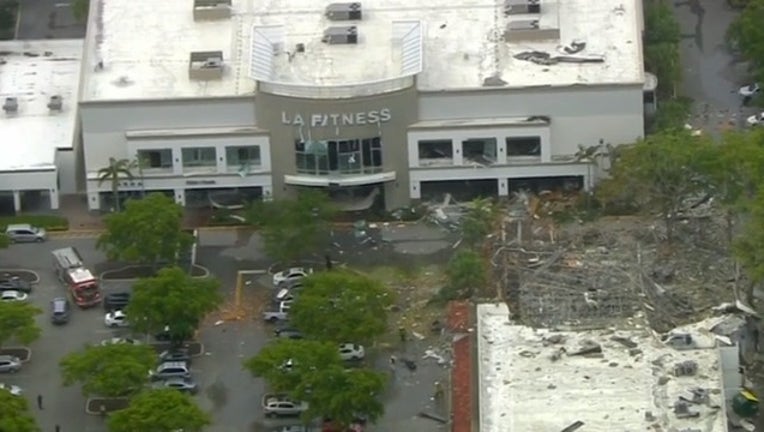 PLANTATION, Fla. (AP) - Every building in a Florida shopping center has been declared unsafe days a week after a massive explosion at a vacant pizza restaurant.

Nearly two dozen people were injured in the July 7 explosion that hurled large pieces of concrete and debris up to 50 yards (45 meters) away and sent pieces of metal as far as 100 yards (90 meters) across the street. The Sun Sentinel reports it’s unclear whether the shopping center will be demolished or can be repaired.

PizzaFire, which had been out of business for several months, was destroyed, and nearby businesses and cars were damaged, including a popular and crowded fitness club.

The cause of the explosion is still being investigated but firefighters found ruptured gas lines at the scene.