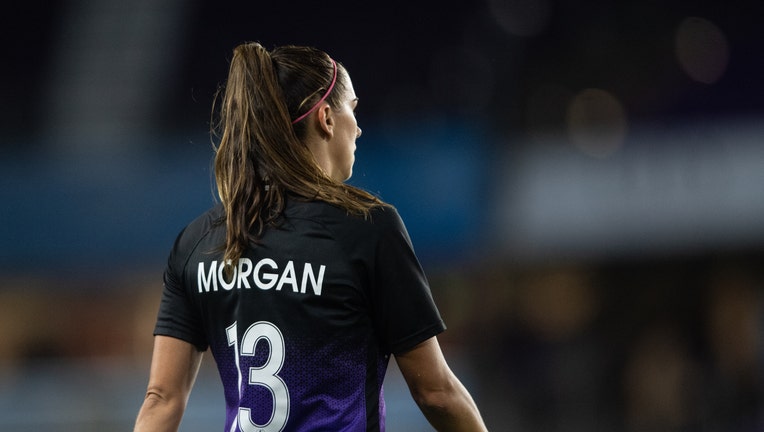 ORLANDO, FL - OCTOBER 29: Alex Morgan #13 of the Orlando Pride walking back onto the pitch during a game between Chicago Red Stars and Orlando Pride at Exploria Stadium on October 29, 2021 in Orlando, Florida. (Photo by Jeremy Reper/ISI Photos/Getty

ORLANDO, Fla. - After nearly a decade of crisscrossing the country and the globe for her professional career, Alex Morgan is headed home to Southern California.

Morgan is joining the San Diego Wave, which will begin play in the National Women’s Soccer League next season.

"I think something I’m really excited about is that I’ve made a long-term commitment to this club," she told The Associated Press. "I see myself being in San Diego through my playing career. I see my family settling down in San Diego."

The addition of the Wave and Angel City FC in Los Angeles will bring the league to 12 teams in its 10th season. Former Manchester United coach Casey Stoney will lead San Diego in its inaugural year.

Morgan was one of the NWSL’s original players when the league launched in 2013. She spent three seasons with the Portland Thorns before joining the expansion Orlando Pride. She also had stints in Europe with Lyon and Tottenham Hotspur — and she took time off for the birth of her daughter, Charlie.

WEATHER ALERT: Will it be warm on Christmas? A deep dive into Florida's forecast