The researchers confirmed those two sightings but besides them, the sighting record in the United States was littered with incomplete reports.

Two bull sharks, which are native to the Gulf of Mexico, made their way up to St. Louis by swimming up the Mississippi River separately in 1937 and 1995, a recent study confirmed.

In the study, published in the Marine and Fishery Sciences, Cincinnati Museum Center paleontologist Ryan Shell and Nicholas Gardner, a librarian at WVU Potomac State College, reviewed hundreds of reports of bull shark sightings on the Mississippi River and compared them to archaeological and paleontological evidence of sharks moving through the river.

The researchers confirmed those two sightings but besides them, the sighting record in the United States was littered with incomplete reports.

Bull sharks typically live in warm ocean saltwater but they are one of the few species that can adapt to live in freshwater environments — great white sharks can only survive in saltwater. Shell and Gardner noted that despite the rarity of the events, bull sharks have migrated into freshwater rivers and lakes on four continents — Australia, Asia, Africa and North America. 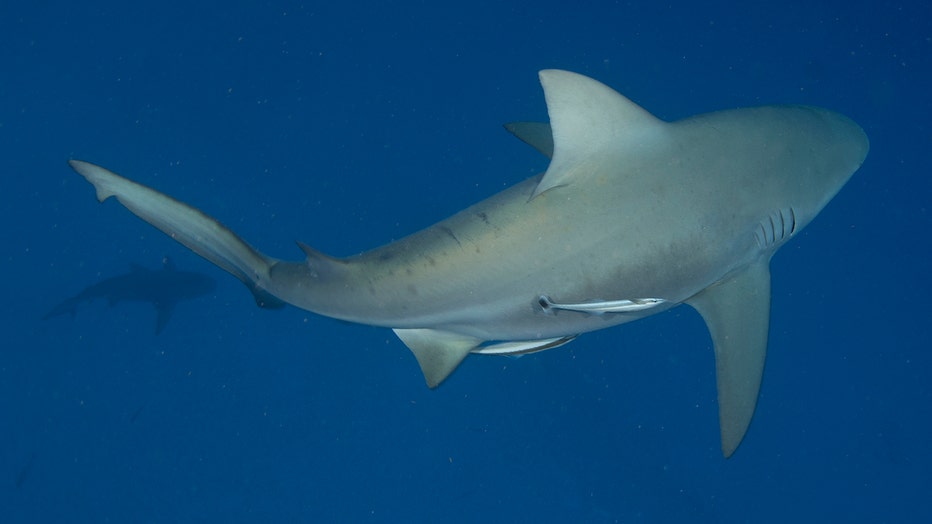 Fossil records reveal bull sharks’ past presence in the Mississippi River but not in its upper basin, meaning the behavior studied in 1937 and 1995 is relatively new for the species. Shell and Gardner believe that bull sharks have been traveling into freshwater ecosystems for millions of years, but it’s just not recorded in fossil records.

Shell and Gardner determined the bull shark sightings in the Mississippi River Basin could be described by three hypotheses. First, that far upstream travel became a new behavior for the species around 1 million years ago. While unlikely, the researchers said the bull shark’s ability to survive in freshwater may be novel but also evolutionary.

Second, bull sharks may be evolving to become more similar to freshwater sharks. If either of these hypotheses are true, the researchers believe these sharks are engaging in cryptic movement — moving along and into the Mississippi River Basin and avoiding representation in the fossil records and avoiding detection by modern societies living along the basin.

The final hypothesis notes that the two sightings of bull sharks far upstream could have just been an anomaly and rare occurrences.

Regardless of past data, the researchers agree further research should be conducted to understand the apparently cryptic species. Garner hopes that the collection of environmental DNA through water, soil and air samples can help scientists learn more about the organisms that live in the Mississippi River Basin.