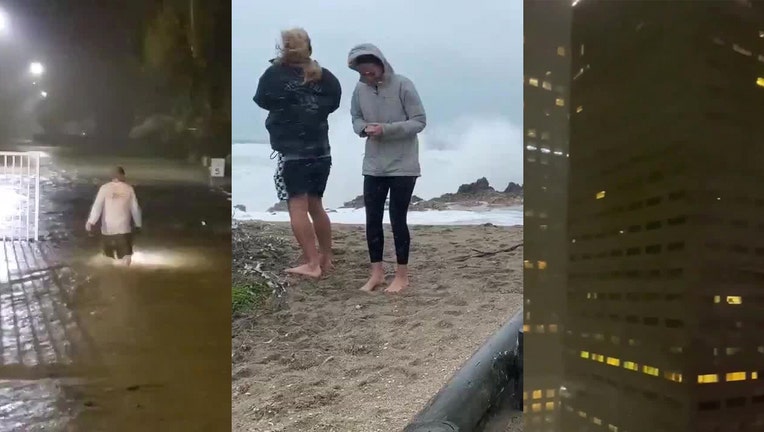 MIAMI - Tropical Storm Eta is located just off the coast of Florida and is expected to make landfall in the state but exactly where is hard to pinpoint, as the latest models show some uncertainty.

It is now moving up the Gulf of Mexico, targeting Florida's Big Bend region. If the current track holds, Eta will make landfall as a tropical storm on Saturday in the Panhandle. 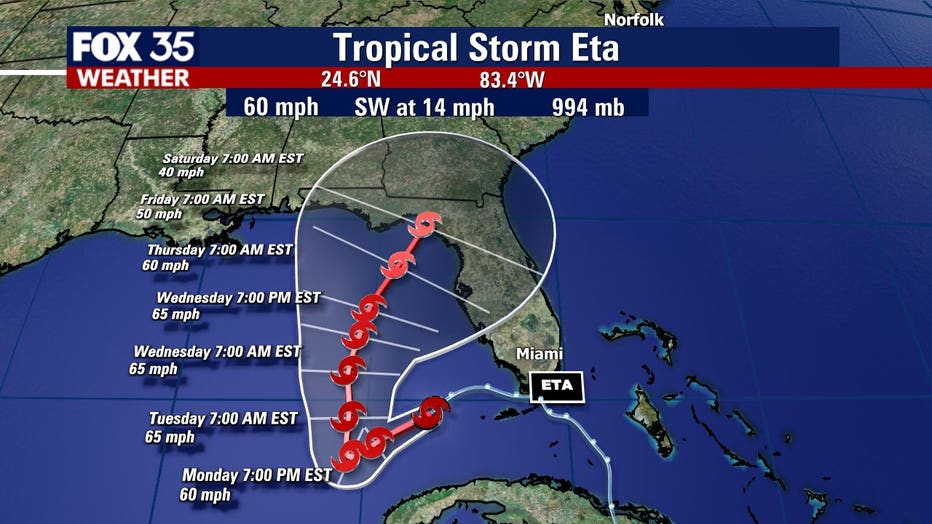 FOX 35 is compiling videos of the storm's impact as it comes in.

Meanwhile, South Florida felt the effects of the storm on Sunday and Monday, with strong winds, heavy rainfall, flooding, and rough storm surges moving into the area.

FOX 35 compiled videos from the region.

Tropical Storm Eta brought strong winds and rain to Miami, Florida, in the late evening and early morning of Sunday and Monday. Video by David Sanhz via Storyful.

Floods were seen inundating streets in Key Largo in the early hours of Sunday. Video by Mike's Weather Page via Storyful.

This video, which was recorded in Bay Harbor Islands in Miami Dade county, shows the moment power goes out. Video by lunaxai via Storyful.

Six to nine inches of rain was forecast for south Florida through Tuesday, reports say. Video by Jackson Dill via Storyful.

Out of an abundance of caution on Saturday, Governor Ron DeSantis issued an executive order declaring a state of emergency in the following counties: Broward, Collier, Hendry, Lee, Martin, Miami-Dade, Monroe, and Palm Beach Counties.

Brevard County prompted school officials to close all of the county's schools on Monday, as a tropical storm warning was active there. It has since expired. Nonetheless, the county could feel very strong winds and squalls. The situation is thankfully unfavorable for tornadoes but showers and thunderstorms could occur.

Tune in to FOX 35 Orlando for the latest tropics updates.