We are tracking a tropical depression in the Atlantic that is forecast to become our next named storm.

ORLANDO, Fla. - A low-pressure system between Africa and the Lesser Antilles has become better organized and has been officially upgraded to a tropical depression, according to the National Hurricane Center (NHC).

Tropical Depression Seven is moving west, at about 10 mph, and has an 80% chance of strengthening over the next two days, according to the NHC.

"I expect this system to strengthen slowly through the week," said FOX 35 Chief Meteorologist Glenn Richards, "but the eight to 12-day outlook show weakening." 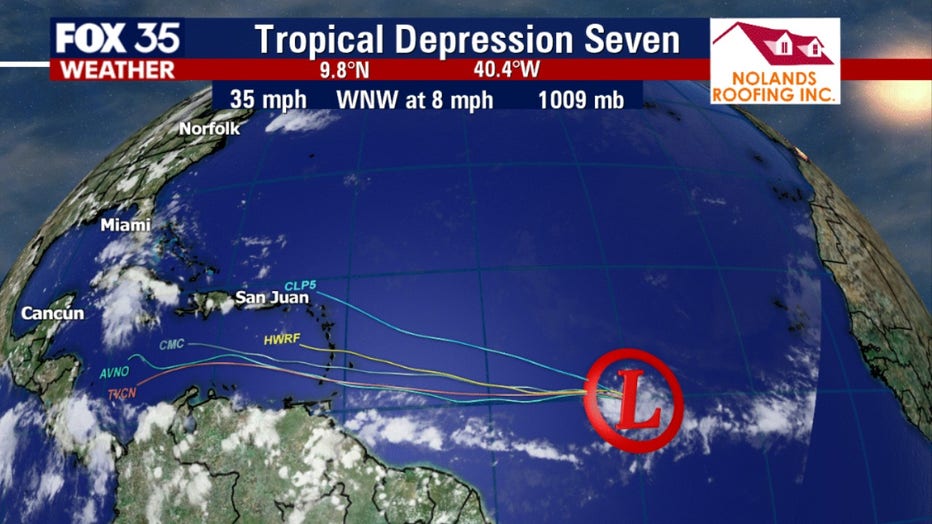 By the weekend, the low will enter into a "less favorable environment."  However, should it become a named storm, it will be Tropical Storm Gonzalo.

A tropical wave closer to Florida is producing a large area of showers and thunderstorms over Cuba and the Bahamas. 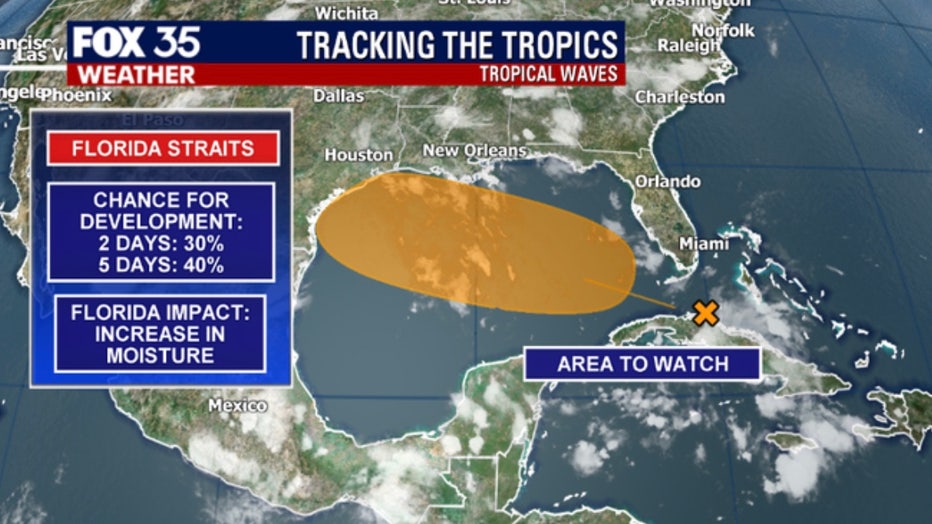 The gradual development of this system is possible, as it moves west-northwestward during the next few days.

The system is expected to move into the Gulf of Mexico on Tuesday, and be in the northwestern Gulf by Thursday and Friday. 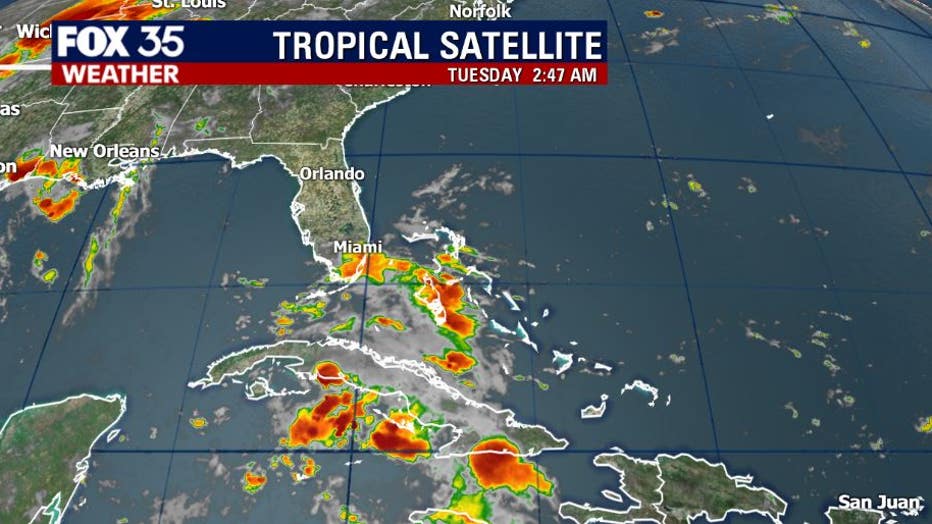 The system has a 40% chance of development in the next 5 days.

An Air Force Reserve Hurricane Hunter aircraft is scheduled to investigate the system on Tuesday afternoon.