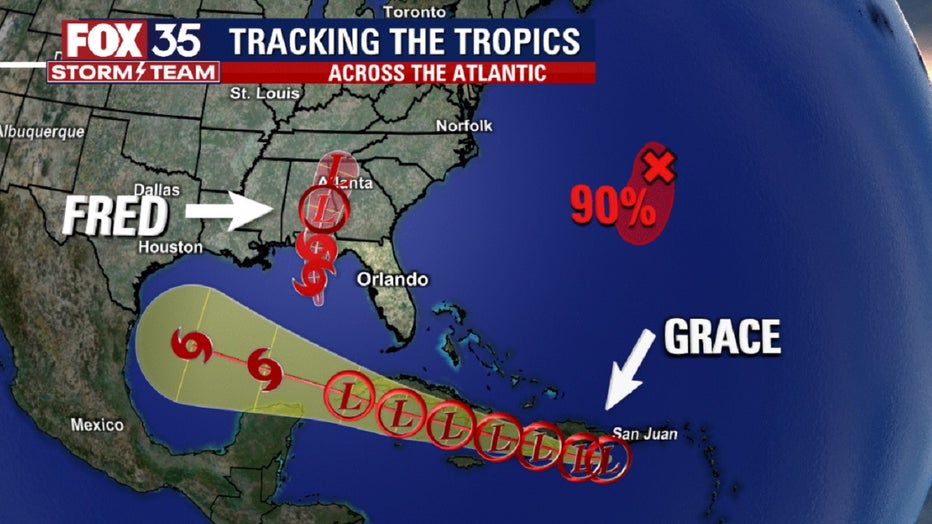 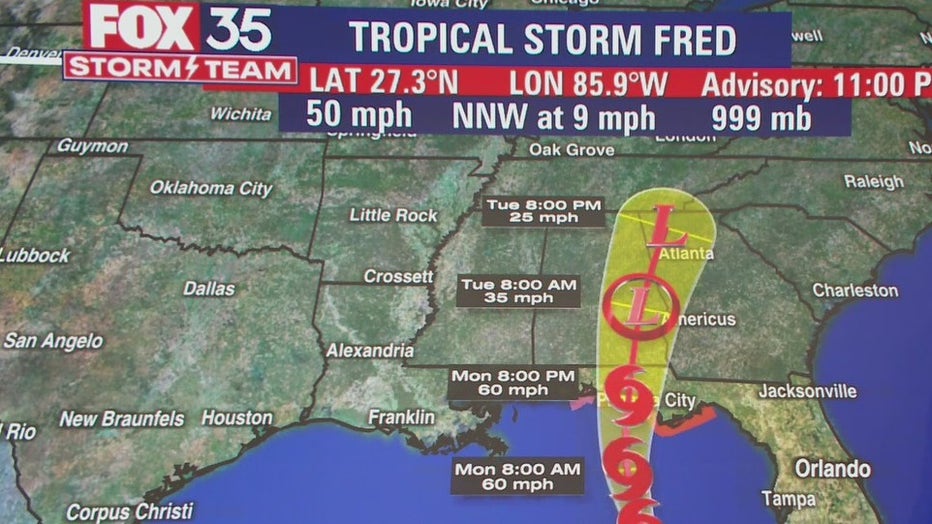 Fred regained tropical storm status as it moved into the warm waters of the Eastern Gulf on Sunday.

The National Hurricane Center (NHC) said the storm gained strength and is moving north-northwest at 9 mph with maximum sustained winds of 50 mph.

Fred is expected to make landfall near Panama City on Monday evening.

Heavy rainfall and a dangerous storm surge are expected along the coast of the Florida panhandle and Big Ben area on Monday.

A Storm Surge Warning is now in effect for coastal Dixie and Levy Counties until further notice. 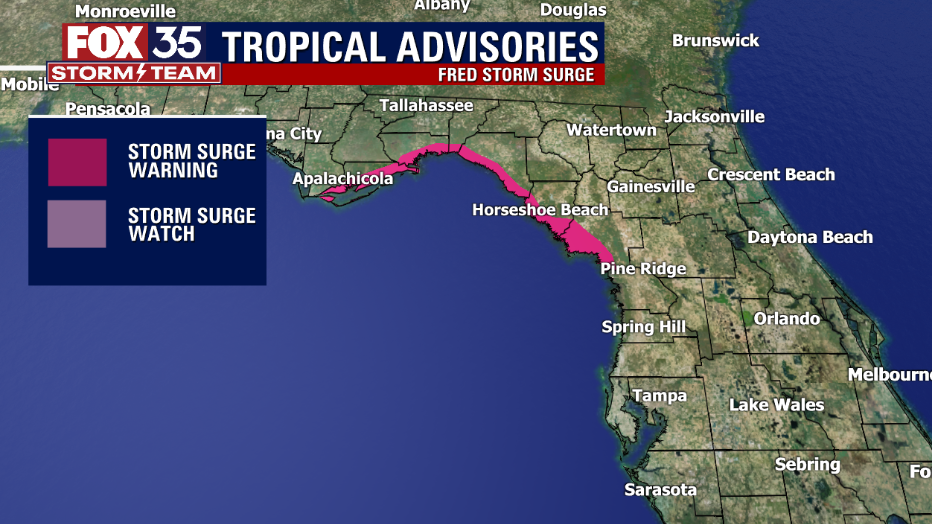 Central Florida didn't see much from Fred on Sunday.

However, on Monday, an increase in tropical moisture, mixed with the afternoon thunderstorms, will cause a higher chance for shower and storm activity. 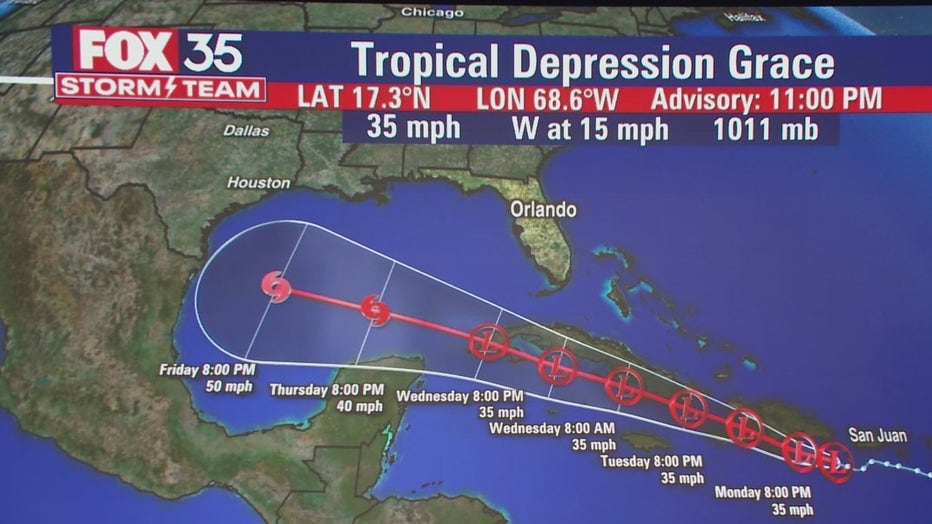 The National Hurricane Center (NHC) said on Sunday that Grace was downgraded to a tropical depression.

Forecasters say heavy rain is expected across Puerto Rico, the Dominican Republic and Haiti overnight Sunday and through Monday.

Officials said flash flooding and mudslides are possible across Hispaniola on Monday.

Central Florida remains out of Grace's "Cone of Uncertainty" but could see an increase in tropical moisture by the end of next week.

The FOX 35 Storm Team will continue to monitor the latest models of Grace to see how much of an impact Central Florida will feel later in the week. 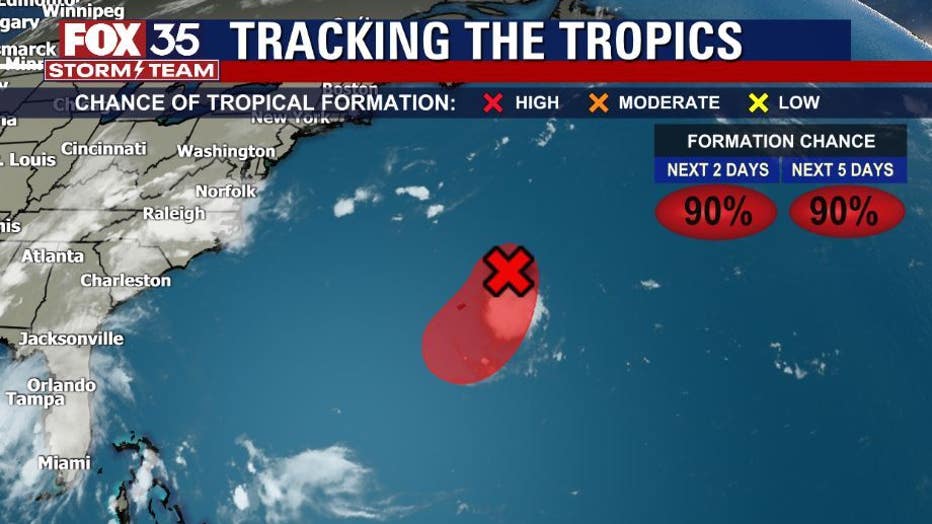 The FOX 35 Storm Team is keeping a close eye on an area of low pressure near Bermuda.

A new tropical depression could form overnight into Monday.

An area of showers and thunderstorms off the coast of Bermuda now has a 90% chance for development.

This system is moving into an environment that is conducive for further strengthening.

The National Hurricane Center says the island of Bermuda could soon require a Tropical Storm Watch.

Watch FOX 35 Orlando for the latest updates from the FOX 35 Storm Team.