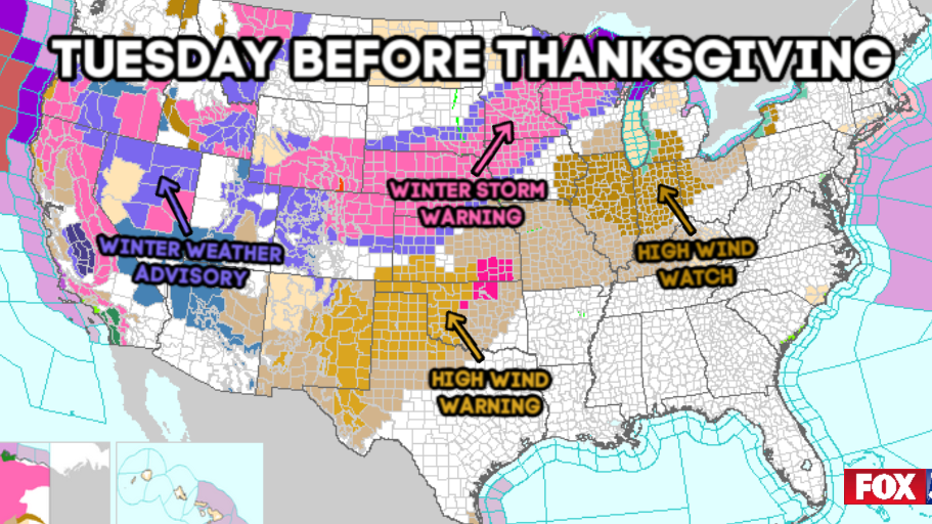 An intensifying surface low will move over the central Plains and into the Midwest by tonight.

Cold temperatures north of the low will bring moderate to heavy snowfall, from the Rockies to Michigan, where winter storm warnings are in effect.

Very windy conditions are expected across much of the Plains, and high wind warnings are in effect from eastern New Mexico to southern Kansas, where winds could gust in excess of 55 mph.

High wind watches are in effect for portions of the Midwest and Ohio Valley as the storm approaches that region by Wednesday. 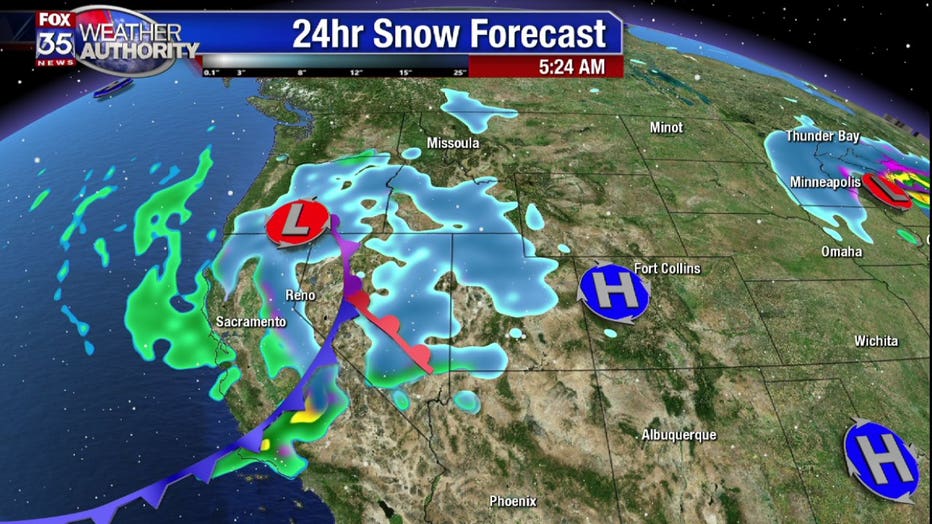 An even stronger storm is expected to develop over the eastern Pacific Ocean and reach the West Coast by tonight.

It should reach land near the California/Oregon border, a gradually weakening as it moves inland.

The mountains of southern Oregon and northern California are likely to experience blizzard conditions, with battering surf and high winds for coastal areas.

Snowfall accumulations from 1 to 3 feet are likely for many of the California mountain ranges, and winter storm watches are in effect farther to the east to include northern Arizona.

For the latest flight times and delays, visit the Orlando International Airport website.