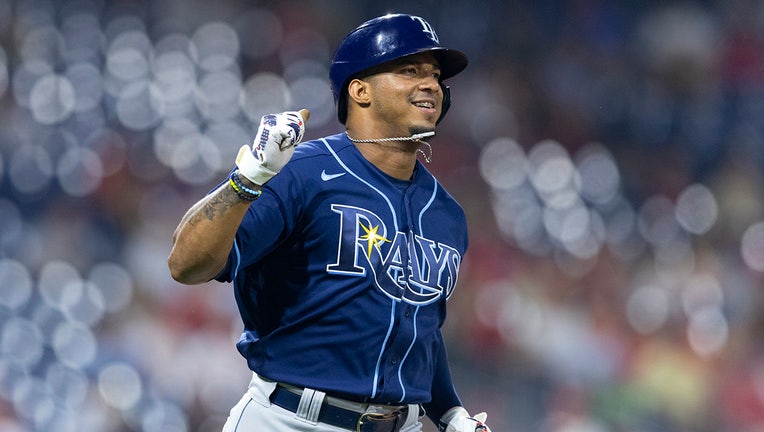 Wander Franco of the Tampa Bay Rays reacts in a game against the Philadelphia Phillies at Citizens Bank Park on August 24, 2021 in Philadelphia, Pennsylvania. (Photo by Mitchell Leff/Getty Images)

ST. PETERSBURG, Fla. - Wander Franco is a special player, and he’s getting some special treatment from the Tampa Bay Rays.

The team is in the process of finalizing the richest contract in franchise history to someone just 70 games into his big-league career.

The 20-year-old phenom has agreed to an 11-year extension with $182-million guaranteed. If he gets the 12th year option and all the escalators, the deal maxes out at $223-million.

This is the richest contract for any major leaguer with less than a full season in the big leagues, but the Rays have had him in the system since he was 16.

Franco was the top prospect in all of baseball, then had an incredible first season last year which spanned from July 25 to September 29, including an on-base streak of 43 consecutive games.

The next largest guaranteed contract in Rays history was Evan Longoria’s, which was $100-million.