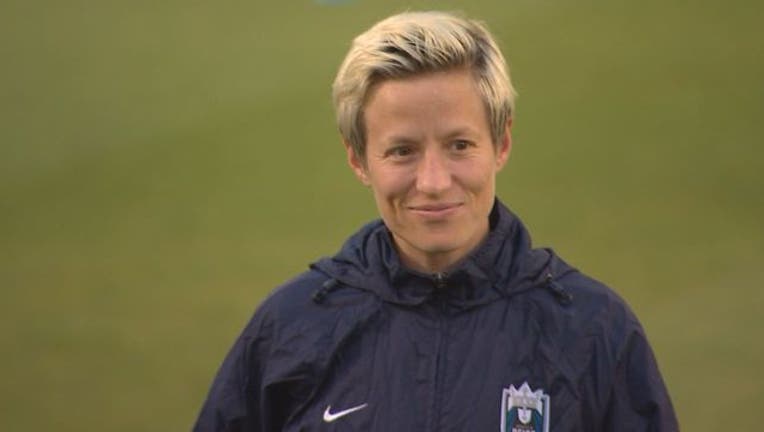 FOX NEWS - The all-star co-captain of the U.S. Women's soccer team says she's "not going to the f---ing White House" if her team wins the World Cup.

During an interview with Eight By Eight Magazine on Tuesday, Megan Rapinoe scoffed at a question about whether or not she's "excited" about going to the White House, assuming her team wins the World Cup.

The comments came after President Trump on Monday said he does not think it is appropriate for Rapinoe to protest during the national anthem.

Rapinoe, who had initially knelt during the playing of “The Star-Spangled Banner” while she played in the National Women’s Soccer League, had vowed not to put her hand over her heart or sing the lyrics while the national anthem played. She has so far held true through the Women’s World Cup.

Trump made his comments on Rapinoe during an interview with The Hill. When he was asked about whether the co-captain’s decision to kneel is appropriate, Trump responded: “No. I don’t think so.”