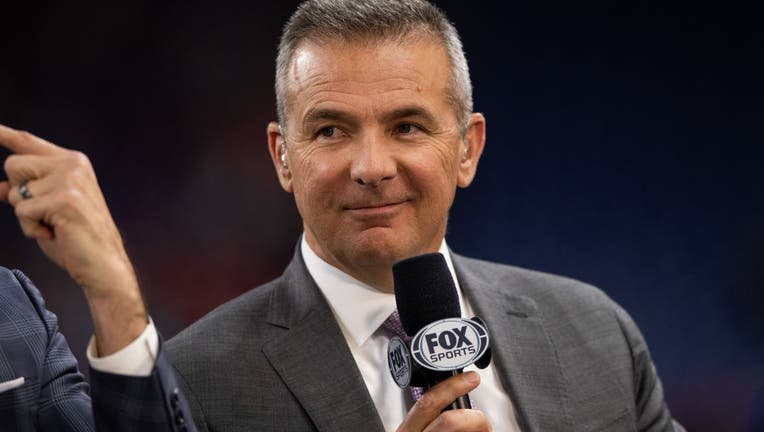 INDIANAPOLIS, IN - DECEMBER 07: Fox Sports analyst Urban Meyer on the sidelines before the Big 10 Championship game between the Wisconsin Badgers and Ohio State Buckeyes on December 7, 2019, at Lucas Oil Stadium in Indianapolis, IN. (Photo by Zach Bo

Fox announced Friday that Meyer would rejoin the show that he was part of in its first two seasons.

After resigning as Ohio State’s coach after the 2018 season, Meyer worked as an analyst for the Los Angeles-based studio show in 2019 and 2020.

Then he was hired to coach the Jacksonville Jaguars in January 2021 but lasted just 13 games before his tumultuous tenure came to an end in December. He was fired after the Jags went 2-11 and Meyer was mired in several off-the-field controversies.

Fox also announced, "Big Noon" will be on the road every week this season, instead of only occasionally.

"Big Noon" will start the season at Purdue on Sept. 1 for the Boilermakers’ Thursday night opener against Penn State. The first Saturday road show will be Sept. 11 when No. 1 Alabama visits Texas.
In other college football TV news, ESPN announced it had hired former Florida coach Dan Mullen as a studio analyst for this season. Mullen was fired in November, less than a year after he had led the Gators to the Southeastern Conference championship game.