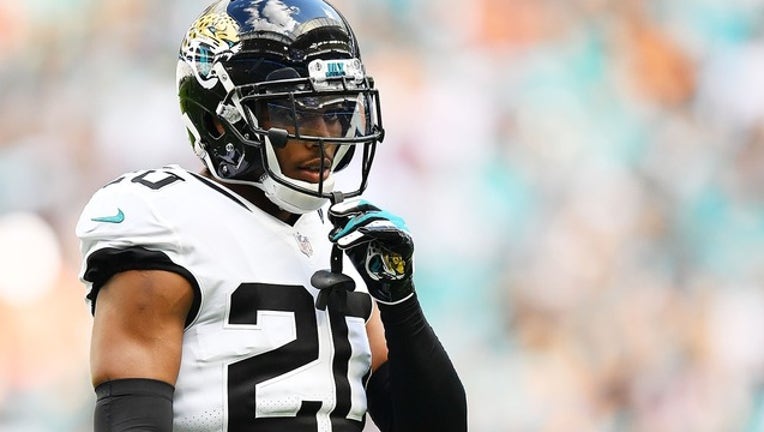 Ramsey joined teammates for the start of a mandatory, three-day minicamp Tuesday and spoke publicly for the first time since last year ended. He touched on not wanting to take on a leadership role, his desire to see Jacksonville pay defensive end Yannick Ngakoue, the status of absent linebacker Telvin Smith and his recent switch from Jordan Brand to Adidas apparel.

But Ramsey raised eyebrows when the session shifted to , desire for a new deal, saying, "I've been let know that I won't be getting a contract extension."

He quickly clarified that it won't happen in 2019.

"I'm tremendously blessed. I'm so blessed. I'm not down on it or anything like that at all, but that is the circumstance. That is what I've been told."

Ramsey is entering the final year of his $23.3 million rookie contract. The Jaguars already exercised the fifth-year option in the deal, meaning he's also tied to the club for $13.7 million in 2020.

The Jaguars have made it clear they want the former Florida State standout to be a long-term piece of their defense. But they're not ready to give him an extension with two years remaining on his current contract.

Jacksonville, which has a little more than $9 million in cap space available, also expects to be in better financial shape next year after getting rid of about $24 million in dead money already paid to quarterback Blake Bortles, defensive tackle Malik Jackson, safety Tashaun Gipson, tight end Austin Seferian-Jenkins and a few others.

"The money's always there," Ramsey said. "Money's always there. That's all I'll say about it. I'm happy to be here. I want to be a part of the team, but it won't happen this year. I'll just say that. We'll move on."

Ramsey has 193 tackles and nine interceptions in three seasons, developing into a lock-down cornerback who usually shadows the opponent's best receiver.

He skipped the team's offseason conditioning program and organized team activities for the second consecutive year, preferring to work out with his father and spend time with his family in Nashville, Tennessee.

"I never worry about him being in shape or ready to go," coach Doug Marrone said.

-He said he doesn't want to be a leader this season.

"That's not something that you can force. I want to continue being myself, being even more supportive of my teammates and leading kind of from behind the scenes and by actions more so than kind of breaking down the team and giving speeches and stuff. That's not how I view leadership. I think there's different ways to lead."

-He reiterated his stance that the team should pay Ngakoue , who has 29 1/2 sacks in three seasons and is due to make $2.025 million in the final year of his rookie contract.

"We've built something special. It's a few guys who really came in and changed the culture and made things pop, and he's definitely one of them."

He said he talks to Smith all the time and wants people to leave his teammate alone. Smith said last month he plans to sit out the 2019 season to "get my world in order."

"We all love football dearly, of course, but that is not everything. ... It's not everything. He has a life. He's enjoying himself. He's getting right, doing what he feels is right, in the right mind frame."

"They flew me out to Portland, me and the fam. Everything they presented and laid down on the table for me was second to none and that was the move I wanted to make. I think it was the best move for me business-wise."