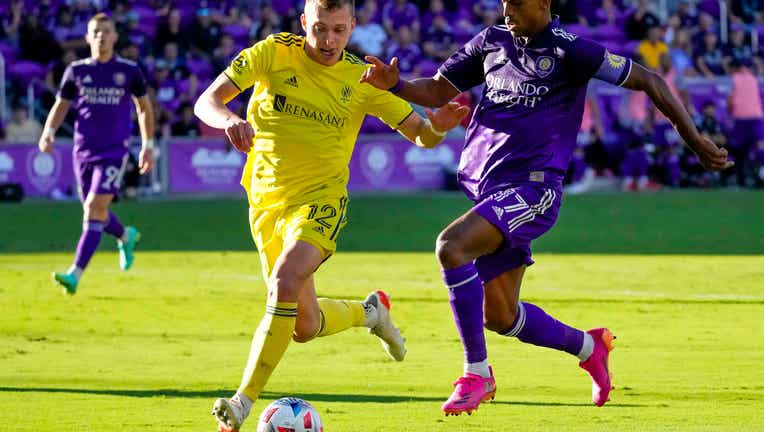 ORLANDO, Fla. - Hany Mukhtar tied it for Nashville early in the second half in a 1-1 draw with Orlando City on Sunday, with the Florida team missing a chance to clinch a playoffspot.

Orlando had a goal taken off the board after a video review in the closing seconds of stoppage time.

Nashville’s Alistair Johnson fouled Alexandro Pato outside the box. Pato hit the cross bar on the direct free kick. In the ensuing scramble a player from each team ended up in the net before the ball was tapped in. The review showed there was a foul in the scramble.