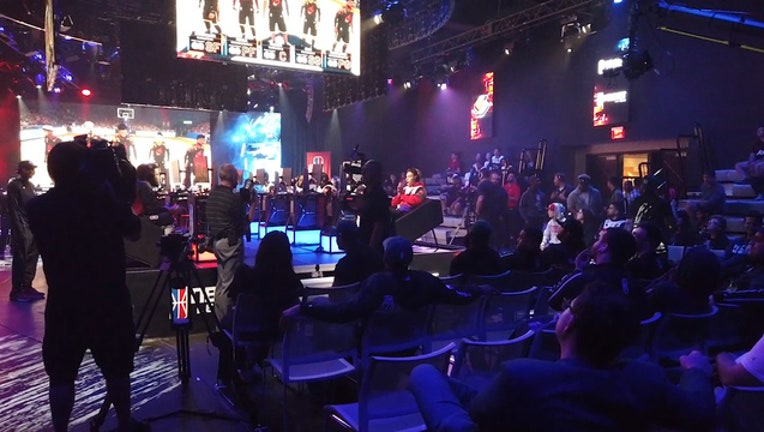 NEW YORK (AP) - The NBA 2K League has partnered with internet giant Tencent to stream games in China for the first time.

The league announced the deal Tuesday. Tencent is the league's first distribution partner in China and will offer condensed postseason and finals games for the 2019 season. The playoffs are set to begin Wednesday.

The NBA 2K League is a basketball video game circuit operated by the NBA, and its teams are associated with NBA franchises. Tencent also has a partnership with the NBA to broadcast live games and other content.

Tencent is a major player in the global esports space. Its subsidiaries include Riot Games, which oversees League of Legends, and the company also holds a large stake in Epic Games, which publishes Fortnite.

Basketball has become increasingly popular in China, and 21 million people there tuned in for Game 6 of the 2019 NBA Finals via Tencent's broadcast.