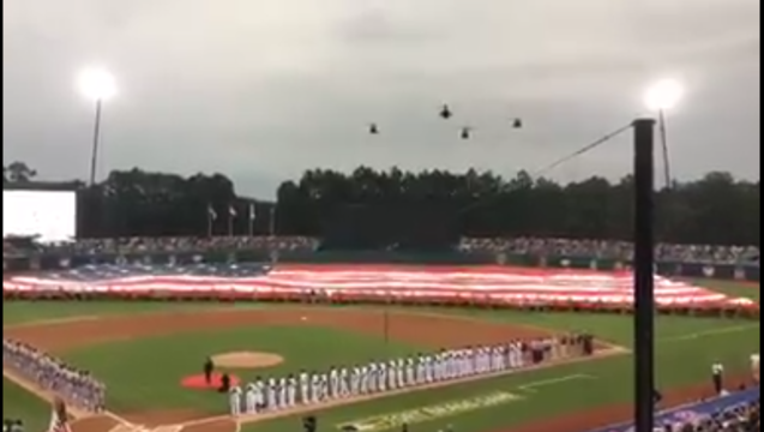 Alex Burnett felt a familiar thrill of getting to see the Atlanta Braves he had rooted for since he was a kid on the field. It meant even more with the Braves playing the Miami Marlins in an historic game at Fort Bragg — where the Sgt. 1st Class Burnett is stationed with the 82nd Airborne Division.

"I've been watching the Atlanta Braves play since I was 12 years old back when they were playing at Fulton-County Stadium in Atlanta, and just to see this team come out here and do this for us, it's just overwhelming," the Atlanta native said Sunday. "We can't be thankful enough."

The game capped a busy day for players and Major League Baseball officials long before the Braves and Marlins began play on a field that didn't even exist roughly four months earlier, when MLB Commissioner Rob Manfred promised "a unique event" in honor of the military for the Fourth of July holiday weekend.

More on this story at FoxSports.com.