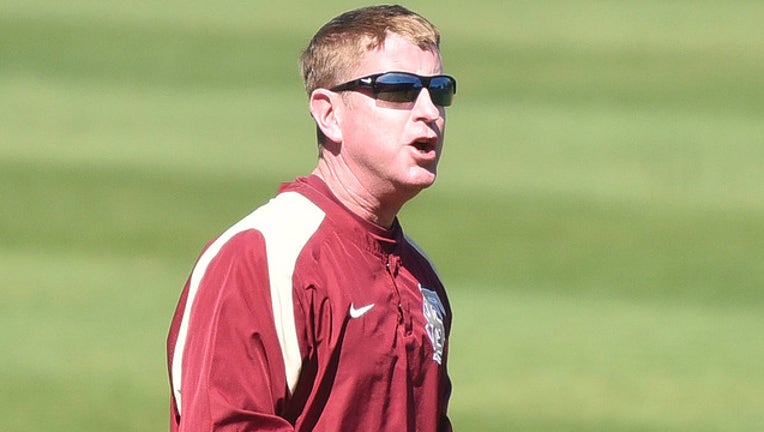 Florida State Director of Athletics David Coburn made the announcement Friday, elevating Martin to the head role that his father held for 40 years before him. Martin becomes the first new head baseball coach the Seminoles have hired since 1980.

"I have every confidence Mike Martin Jr. will carry on the winning tradition of Florida State University baseball," said FSU President John Thrasher.

"For more than two decades as an assistant coach, he has shown he is a talented recruiter, passionate competitor and respected mentor to our student-athletes. While Mike Martin Jr. brings his own strengths and style of coaching to the program, his values, integrity and love for this university will carry on the proud legacy of his father."

"I want to thank President John Thrasher and Director of Athletics David Coburn for entrusting me with this special program," said Martin. "I'm very honored and humbled to be able to lead Florida State. It's been a privilege to serve at this great University for the past 22 years and I'm excited to extend FSU's 70-year history of success moving forward."

Martin has spent all 22 years as an assistant coach at his alma mater, focusing on hitting and recruiting. The former All-American catcher for the Seminoles has compiled eight straight Top 10 recruiting classes, while his offenses have a combined .300 batting average since 1998.

Florida State has made the postseason and won at least 40 games every year under Martin, with eight College World Series appearances, 17 NCAA super regionals and six Atlantic Coast Conference titles.

"After serving under one of the all-time greats, we will combine much of what was learned from him with our new staff's style and ideas in our pursuit of championships," added Martin.

Prior to joining Florida State's staff, Martin was FSU's starting catcher from 1993-95, leading FSU to the College World Series in 1994 and 1995. He was drafted out of college by San Diego in the ninth round in 1995. Before coming to Florida State, Martin played high school ball at the Maclay School in Tallahassee and at Manatee Community College in 1992.

"We are very excited to have Mike Martin, Jr. leading our baseball program into the future," said Coburn. "His commitment to, passion for and experience with the Seminole program are second to none.

"His plan for the next era of Seminole baseball is impressive.  He knows what he wants to do and how he wants to do it.  After traveling with this team for the last three and a half weeks, I have come away very impressed with his relationships with the players, his attention to detail and his understanding of the great game of college baseball."