Lyman High School's football practices and games haven't been the same without their athletic trainer, Ja'Brea Joiner, affectionately known as "Miss J" on the sidelines.

"Miss J is a sweetheart. She always has a smile on her face," Lyman head football coach Jermel Jones said.

Joiner was recently diagnosed with leukemia and is recovering in the hospital after undergoing a second round of chemotherapy. As she fights for her life, the Greyhounds are playing for her. 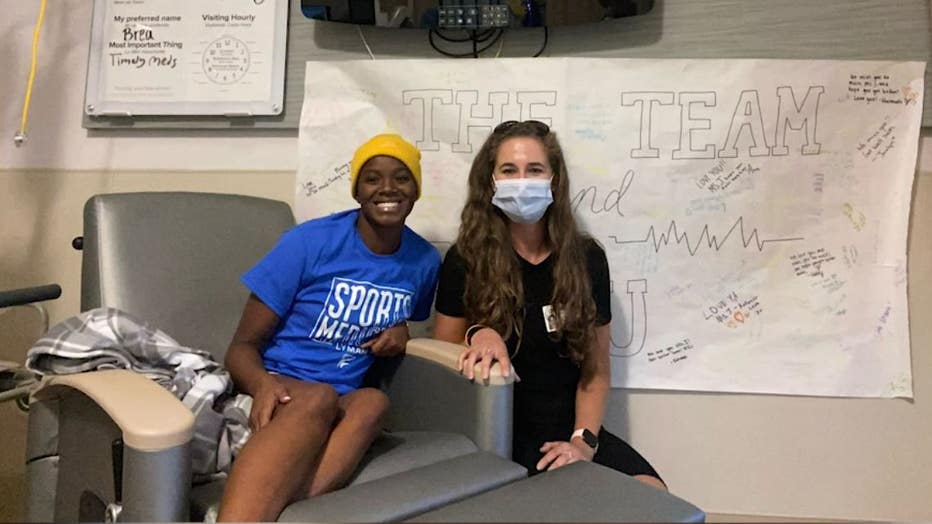 "When we heard leukemia, it’s something that took all of our breath away. But we began to fight back and battle back and give everything that we have and dedicating practices and games all to her," Jones said.

Joiner's only been with the Lyman program since August, but she's already left her mark.

"She wasn’t someone who let you put ice on your ankle and be done for the day. She really wanted what was best for us and the team. I miss the family feeling we had with her around," junior quarterback, Will Burke said. 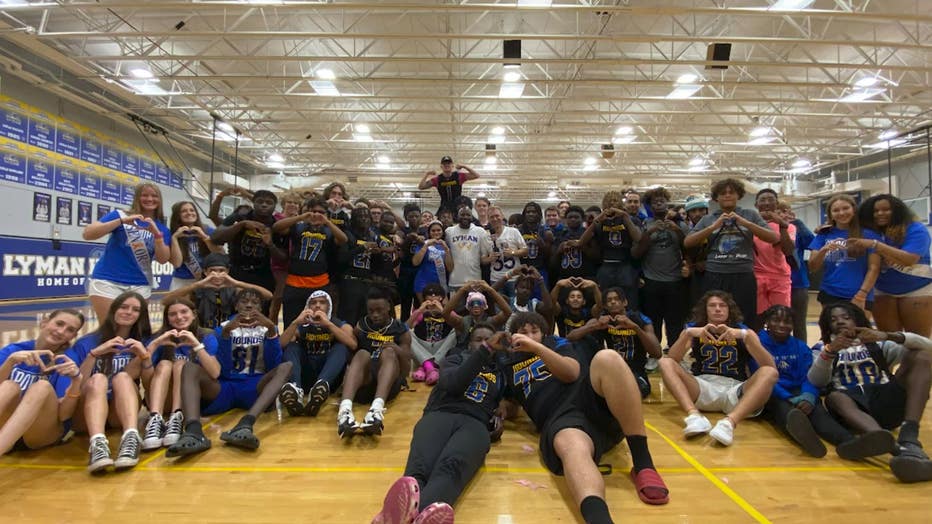 The Greyhounds are off to their best start in years, and they'd love nothing more than for Miss J to beat her disease and return to the team.

"She still tells us right now, coach I’m coming to practice. I want to be there with you. So as soon as she gets the opportunity to be here, she’s going to be here because the love that she has, the passion she has for her job is unspeakable," Jones said.