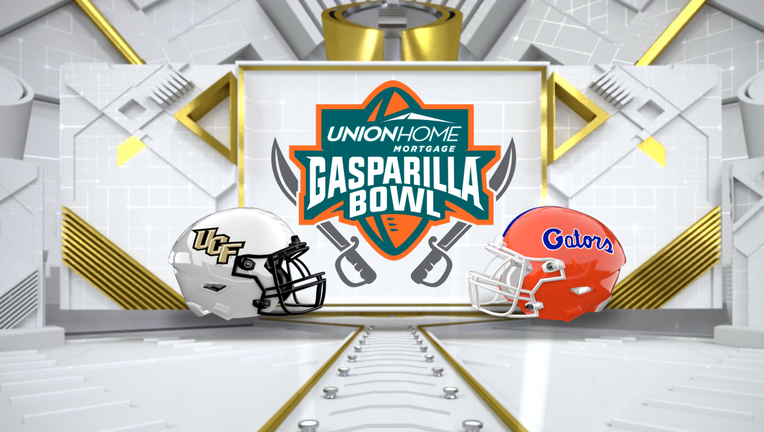 LAKE MARY, Fla. - It is probably the most anticipated bowl game that's not part of the College Football Playoff or one of the New Year's Six match-ups.

The UCF Knights and Florida Gators are now in Tampa ahead of Thursday's Gasparilla Bowl.  The Knights arrived at their hotel in Downtown Tampa first on Monday.

UCF has a big opportunity to play for in-state bragging rights on national TV.  They can potentially prove themselves to Florida high school recruits and coaches.

"Obviously, it's a big game for us. You know, it's an in-state opponent, a very quality opponent that had really, really good talent across the board," said UCF head coach Gus Malzahn. "It's a great opportunity for our program."

The Gators come to Tampa really depleted, having had a number of players opt-out to get ready for the NFL draft.  They are also missing key players to injury, like quarterback Anthony Richardson.

"That has been a big deal, because the new staff has had some things that they wanted them to do and they've been working with us as far as practicing everything, so now getting to the bowl site, I think now they can relax and get ready to play a game," said Knox.

The Gators are the betting favorites in the game by six-and-a-half points.  Part of the reason why this game is a sellout is due to fans and analysts expecting it to be a close one.