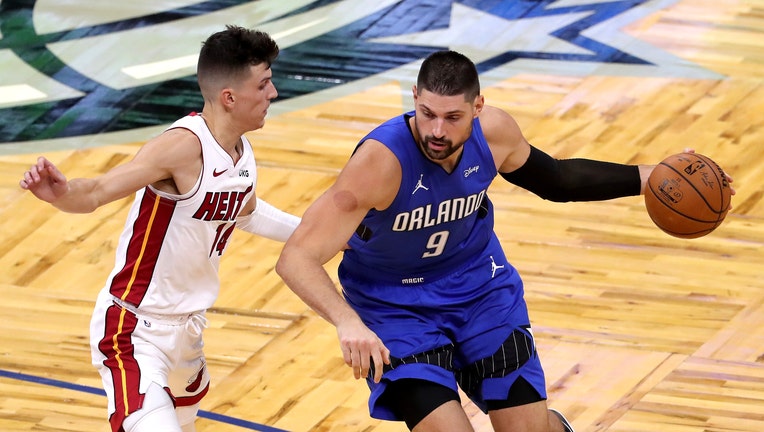 Nikola Vucevic #9 of the Orlando Magic controls the ball in front of Tyler Herro #14 of the Miami Heat at Amway Center on December 23, 2020 in Orlando, Florida. (Photo by Alex Menendez/Getty Images)

ORLANDO, Fla. - The Orlando Magic are off to a historic start this season.

For the first time in franchise history, they have started the season 4-0, becoming just one of two undefeated teams in the NBA this year. The other team is the Atlanta Hawks.

MORE NEWS: $600 stimulus begins to hit bank accounts, how to track yours

The Magic played Oklahoma City on Tuesday night, putting up a strong performance all four quarters. Nikola Vucevic scored a team-high of 28 points, becoming the Magic's all-time leader in field goals made.