A FOX 35 viewer sent in a screenshot of a notification from their bank, saying "the stimulus check hit my account shortly after midnight." 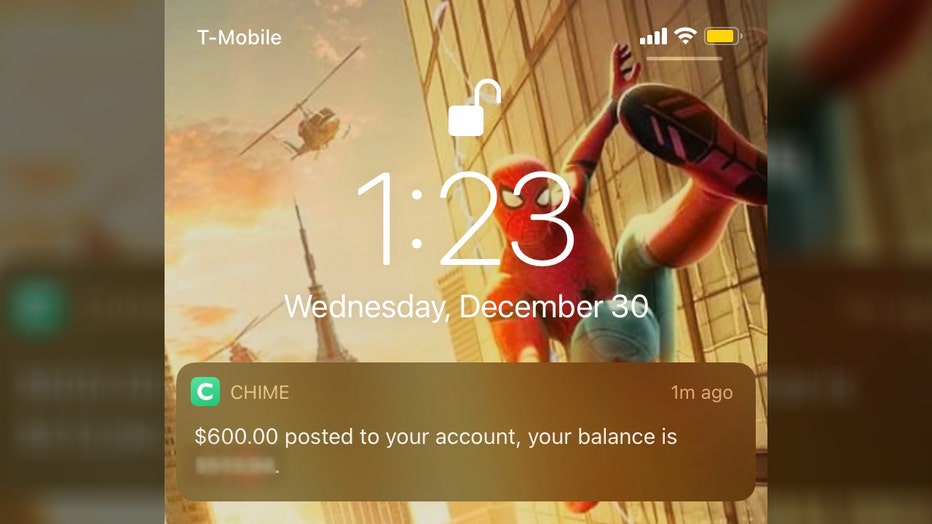 U.S. Treasury Secretary Steven Mnuchin said that Americans could begin receiving a second round of direct stimulus payments as soon as Tuesday night.

"These payments may begin to arrive in some accounts by direct deposit as early as tonight and will continue into next week," Mnuchin wrote on Twitter.

He later added that "paper checks will begin to be mailed tomorrow."

Recipients can use the IRS’ track my payment tool to check the status of their funds. The vast majority of eligible households will not need to take any action in order to receive their payments. (NOTE: This tool is temporarily offline and the IRS has not stated when it will be back. Please check back).

Meanwhile, the efforts to raise these checks to $2,000 have stalled out in the Senate as Republicans blocked a swift vote proposed by Democrats and split within their own ranks over whether to boost spending or defy the White House.

Yet, the work on Capitol Hill is far from over.

However, the roadblock mounted Tuesday by Senate Majority Leader Mitch McConnell may not be sustainable as pressure mounts. Trump wants the Republican-led chamber to follow the House and increase the checks from $600 for millions of Americans. A growing number of Republicans, including two senators in runoff elections on Jan. 5 in Georgia, have said they will support the larger amount. But most GOP senators oppose more spending, even if they are also wary of bucking Trump.

Senators will be back at it Wednesday as McConnell is devising a way out of the political bind, but the outcome is highly uncertain.