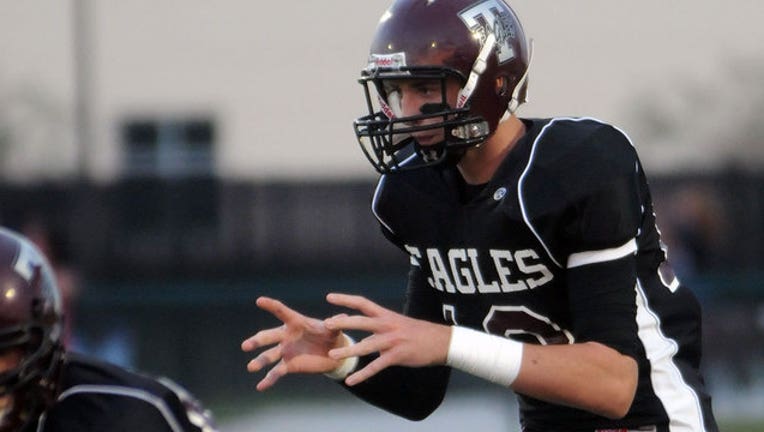 The rookie passed his first big test as the defending Super Bowl champions' backup quarterback , filling in admirably for the injured Trevor Siemian in Sunday's 27-7 victory over the Tampa Bay Buccaneers.

Lynch came off the bench to throw for 170 yards, one touchdown and no interceptions after Siemian injured his non-throwing shoulder in the first half.

"It's his left shoulder. I don't know anything else. We felt like we could have put him back in the game. We'll go back and evaluate him again," coach Gary Kubiak sad.

"I liked the way Paxton was handling the team so we stuck with him," Kubiak added. "I thought he handled himself well and made some big third downs for us. I really liked the way he avoided some bad plays."

Siemian staked the Broncos to a 14-7 lead, turning a pair of interceptions by ex-Bucs cornerback Aqib Talib into TDs that got Denver rolling toward its NFL-best ninth consecutive victory.

Denver (4-0) is unbeaten through four games for the second straight season and third time in four years.

"There's so many things we could improve upon as a team," Kubiak said. "That's what I'm excited about. We've got some injuries we have to work through. But we keep stepping to the plate, playing hard, playing well."

Lynch, who starred at Memphis after playing high school ball in nearby Deltona, Florida, felt fortunate to be able to do his part.

"It was definitely exciting to come back here and have a lot of family and friends here to see it happen," Lynch said. "I'm glad that they were here for it and I'm also glad I got the opportunity. But to come in in that kind of circumstance, Trevor gets hurt, you never want that to happen."

Kubiak and Siemian both thought the starter could have returned to the game if needed. They're also hopeful Siemian will be able to play next week at home against Atlanta.

"I think I'm just going to take it one day at a time. But that's the plan, to be ready," Siemian said.

"I know Trevor is a tough guy," Lynch offered, "and he'll be ready to play."

Tampa Bay (1-3) has lost three straight. Jameis Winston threw for a season-low 179 yards, no touchdowns and two interceptions for the Bucs, who also fumbled once in the first half.

"He's not regressing. You can't turn the ball over three times in a half. ... You're not going to win games that way," Tampa Bay coach Dirk Koetter said.

For the second straight week, play was suspended during the fourth quarter at Raymond James Stadium because of lightning. The Broncos and Bucs finished after a 1 hour, 26-minute delay, up from 69 minutes the previous week, when the Rams and Bucs also had to wait out a severe thunderstorm that also sent fans scurrying for cover.

The Broncos sacked Winston five times and also recorded 16 quarterback hits. DE Derek Wolfe had 2 ½ sacks and five hits. "Was teasing with him in the locker room," Kubiak said. "'You waited an hour and a half to go back out there and get one more sack?' He had a sack at the end of the game. I'm proud of all our guys." LB Von Miller was credited with half a sack and has 5½ for the season.

Denver has won 26 straight games when winning the turnover battle, the NFL's longest active streak. The Broncos forced three Sunday while not losing one. The run is the longest in team history. "Those defensive guys help you out a lot," Lynch said. "It feels good to have a defense like that playing behind you.'

With RB Doug Martin sidelined for the second straight week, Tampa Bay averaged just 2.8 yards (72 yards, 26 attempts) rushing. Overall, the Bucs were outgained 307-215. "There's no magic solution," Bucs tackle Demar Dotson said. "The only thing that's going to solve this is hard work and attention to detail, and more guys getting concentrated on their individual job."

Bucs wide receiver Mike Evans, who had five receptions for 59 yards, feels there is still plenty of time to turn around Tampa Bay's latest poor start. The Bucs have not made the playoffs since 2007. "There is a lot of football left," he said. "We're just trying to get back on track with a win against Carolina (next) Monday night."