Orlando native and Florida football fan, Ben Chase is on a mission to break the record for most college football games attended in one season.

ORLANDO, Fla. - Orlando native and Florida football fan, Ben Chase is on a mission to break the record for most college football games attended in one season.

"Trying to hit 60 games in a season, a record attempt you would say. The record is 50 games on the road," Chase told FOX 35 Sports.

Chase checked off game number 20 Wednesday night as he visited the Bounce House for UCF's AAC opener against SMU.

He has a soft outline to reach his goal, and it revolves around one thing. 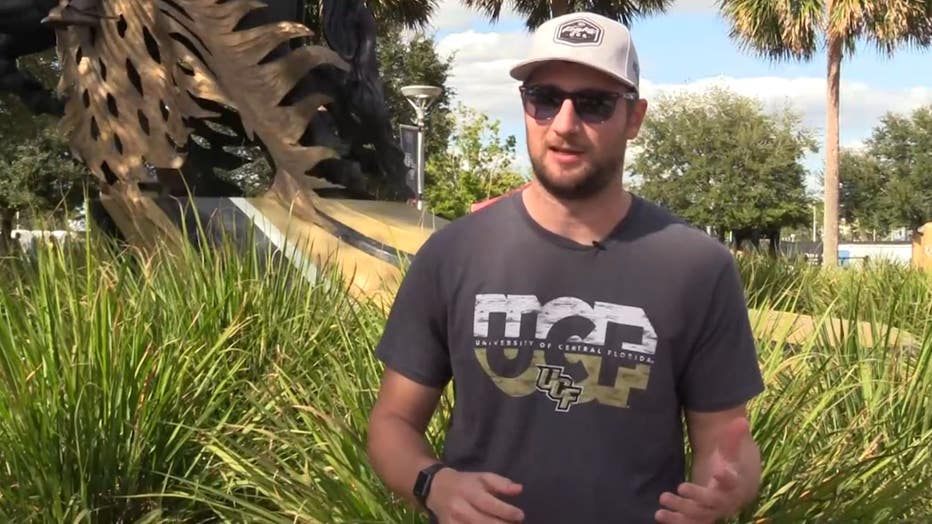 "The pillars are these weddings and I go back and forth around there. I had some big games circled, but I audible every week.

Chase crisis crosses the country in his 2017 Dodge Grand Caravan.

He's received a number of donations from people supporting his cause. But he mostly comes out of pocket for traveling expenses.

However, he's been lucky in scoring free tickets to a majority of the games.

His next stop is San Jose State – a 41-hour drive from Orlando to watch the Spartans host UNLV Friday night.

"There’s nothing to me that brings the community together, gives you the opportunity to tell stories," Chase said.

An idea from Reddit for the ‘Ultimate College Football Road Trip’ has turned into a reality for Chase.