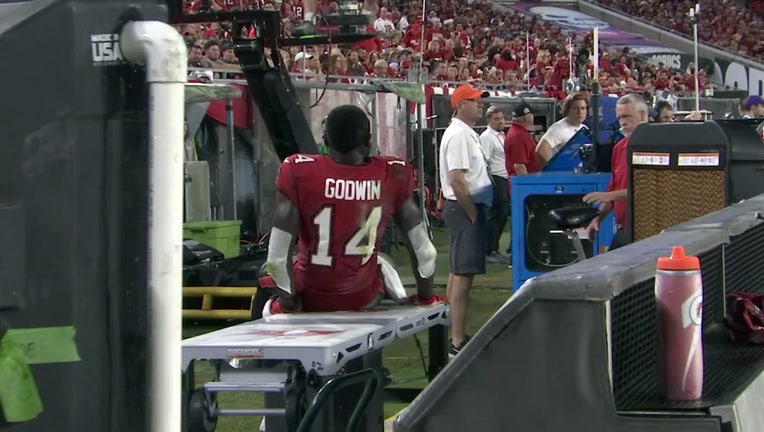 TAMPA, Fla. - If the Buccaneers are going to make another Super Bowl run, it looks like they’ll have to do it without Chris Godwin. The sure-handed receiver will miss the rest of the season with a torn ACL.

Coach Bruce Arians confirmed the news Monday, one day after the Bucs’ shutout loss to the Saints.

Several high-profile Bucs suffered injuries in the game; the loss of Godwin’s fellow receiver Mike Evans, along with running back Leonard Fournette – a top target for Tom Brady – was potentially worse news for the team’s title run than the loss to New Orleans.

Arians said doctors are still waiting on MRI results for Evans, Fournette, and Lavonte David to determine their status for next week against Carolina. 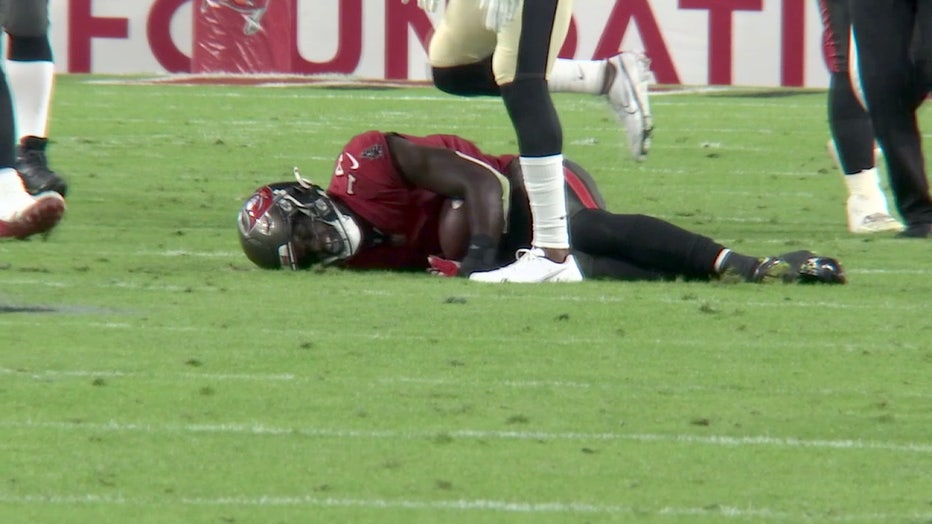 "You feel bad for him because he was having such a great year," Arians said. "And the type of hit it was, totally legal, but I think that's one of the things we have to look [at] in the offseason. We're so concerned about hitting people in the head that we're getting a lot of knee injuries now because of that kind of tackle. It was legal and not a bad play at all. But you just feel bad for Chris."

Meanwhile, Arians said star receiver Antonio Brown will be retuning to the team after serving his three-game suspension for providing a fraudulent COVID-19 vaccine card.