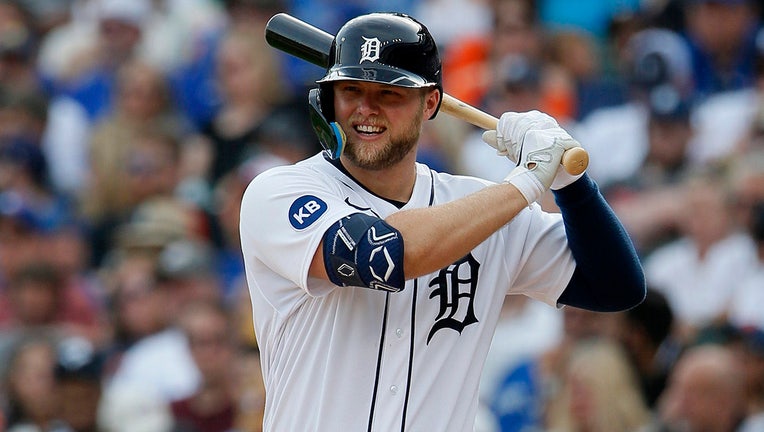 File: Austin Meadows of the Detroit Tigers bats against the Toronto Blue Jays at Comerica Park on June 11, 2022, in Detroit, Michigan. (Photo by Duane Burleson/Getty Images)

DETROIT - Detroit Tigers outfielder Austin Meadows revealed on Friday he has been dealing with mental health issues along with physical ailments and will not play again this season.

"This season has been an unfortunate struggle with a series of injuries and illness, from dealing with vertigo early on, then COVID, then bilateral tendinitis in my Achilles, and then having to go through the rehab process each time," he posted on social media. "What I have told very few people is that I also have been struggling with my mental health in a way that has extended my time away from the game I love so much."

"I've spent a lot of time with Austin in the last couple of weeks," Hinch said. "We'll offer him all the support we can, and we have been."

Meadows has appeared in 36 games this season, batting .250 with no homers and 11 RBIs. He was acquired from Tampa Bay in a trade at the end of spring training to give the Tigers' lineup an offensive boost. Meadows had 27 home runs and 106 RBIs last season for the Rays.

"He's going to continue to be around the team when we're home and continue to work with the people behind the scenes," Hinch said. "He's on a great path. He surrounded by a lot of great people. He's got a ton of support and his statement speaks for itself."

Meadows added in his statement that he hopes his decision to go public will encourage others dealing with mental health problems "to reach out to someone for help."