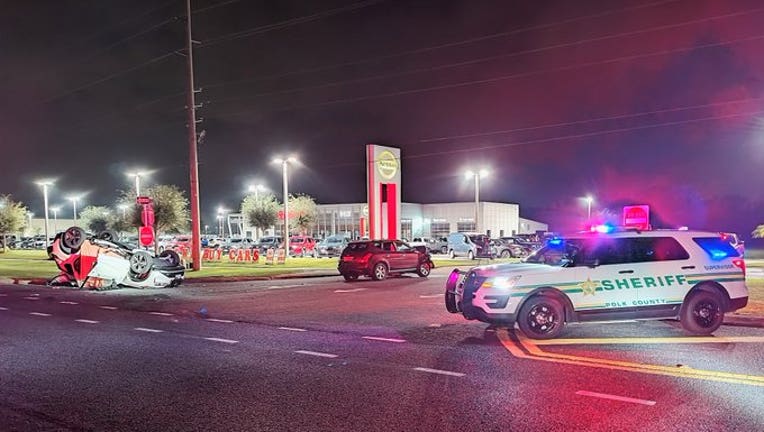 WINTER HAVEN, Fla. - A 76-year-old Davenport woman is dead after a test drive of a brand-new SUV ended in a crash outside a Florida dealership in Winter Haven, according to the Polk County Sheriff's Office.

Deputies said the crash happened shortly before 5:45 p.m. on Saturday on Cypress Gardens Boulevard, in front of the Hill Nissan car dealership.

According to deputies, 86-year-old Clifford Worme was test-driving a white 2023 Nissan Rogue with the victim – Jean Worme – riding in the front passenger seat.

When Clifford attempted to make a left turn into the dealership following the drive, investigators said he crossed into the path of a red Nissan Murano that was headed westbound. Jean died at the scene. Clifford suffered minor injuries.

A Hill Nissan sales representative – who was in the Nissan Rogue's back seat at the time of the crash –  and the driver of the Nissan Murano were not hurt.

Deputies said everyone involved in the crash were wearing seatbelts.

The crash shut down the area for about four hours as crews investigated and cleared the scene.