A woman has been left in a coma after being beaten during a massive brawl to which she was just an innocent bystander.

DAYTONA BEACH, Fla. - A woman who was critically injured in a Daytona Beach brawl is on the long road to recovery.

Barry Burich said his wife, Pamela, has been in the hospital since Sept. 12, when the incident happened.

"Just the small improvements she’s making has made a world of a difference to us,” Burich said. "She has started to respond much better, answering some of the things the doctor is requesting her to do.”

Barry and Pamela were walking back from a bar the night before their son’s wedding in the area of Seabreeze Boulevard and Grandview, before Barry said they saw a group of people fighting.

That fight then escalated into a massive brawl.

Although the couple tried to keep their distance, the brawl moved toward them. 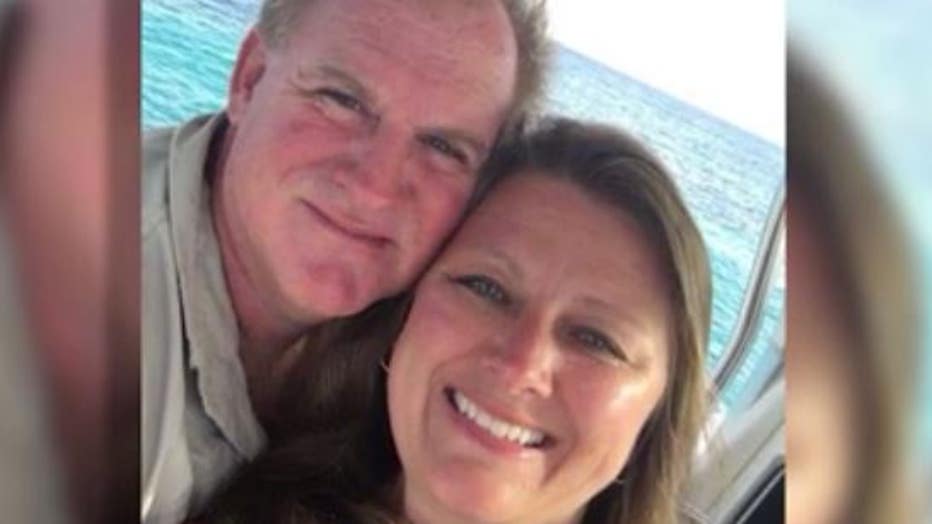 Barry said Pamela got caught in the middle when she was punched and knocked to the ground.

The blow caused a brain bleed and almost cost Pamela her life.

"I would not wish this upon anybody. It’s just been absolutely terrifying."

Surveillance video caught the brawl, but not the near-fatal punch.

Daytona Beach police are investigating the crime and asking for the public’s help identifying a white, newer-model Ram truck they believe was involved with the incident.

It has four doors, tinted windows, and black rims.

Friends of the couple have put up $5,500 for a reward for anyone who provides information that leads to an arrest.

Pamela was unable to attend her son’s wedding because she was hospitalized, but Barry said they are looking forward to better days.

"After my wife gets better, we’ll do a final ceremony in our backyard,” Barry said.