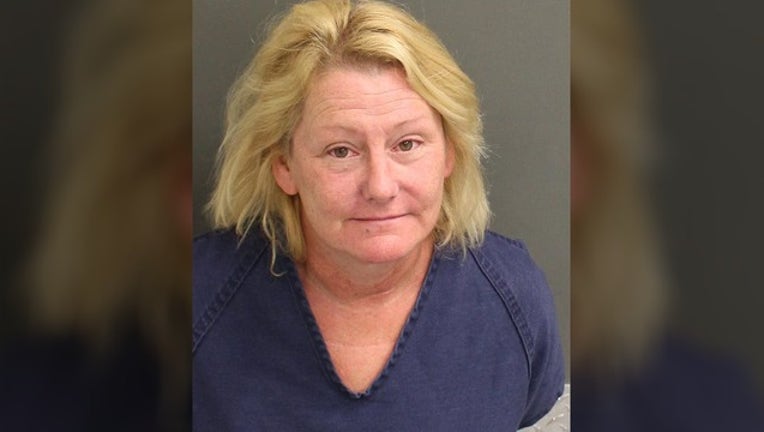 ORLANDO, Fla. (AP) - Authorities say a woman is banned for life from Walt Disney World in Florida after she hit a taxi driver and then kicked a deputy at the resort.

The Orange County Sheriff's Office says in an arrest report that Ellen McMillion of Brandon, Florida, hit the taxi driver outside Disney's Hollywood Studios last Thursday.  A Disney security guard and a deputy working a detail at the park intervened.

The taxi driver told deputies McMillion started hitting him after she asked him for a cigarette, and he told her he didn't have one. Deputies say McMillion was slurring her words, and they detected a strong odor of alcohol.

She was charged with battery on an officer and disorderly intoxication. McMillion asked for a public defender, but she had no attorney Monday.