Police have released the body camera video showing the son of Orange County Sheriff John Mina being arrested after being suspected of driving under the influence.

Police said on Sunday night, Chase Mina, 27, was found in a parked Ford F-250 truck, "slumped over and asleep behind the steering wheel," in the area of S. Dillard Street and E. Story Road in Winter Garden. The lights were on, the engine was running, and there were also two open beers found in the cup holders, police said.

In the new video, police ask Mina to step out of the vehicle and ask him where he's coming from. He answers "the ride home" several times before saying he was heading home.

When asked for his driver's license, Mina is seen leaning into the truck to get it and officers ask him to stay out of the truck. Mina is seen shuffling through dollar bills as he tries to find his license.

Officers ask Mina if he knows how long he was asleep at the wheel and he answers "nope." When asked if he had anything to drink that night, he says "a little." The officer then asks if he is willing to do a sobriety test, to which Mina says, "absolutely not." The police officer gives him one more chance to perform a field sobriety test, which he refuses, and then he is put in handcuffs. 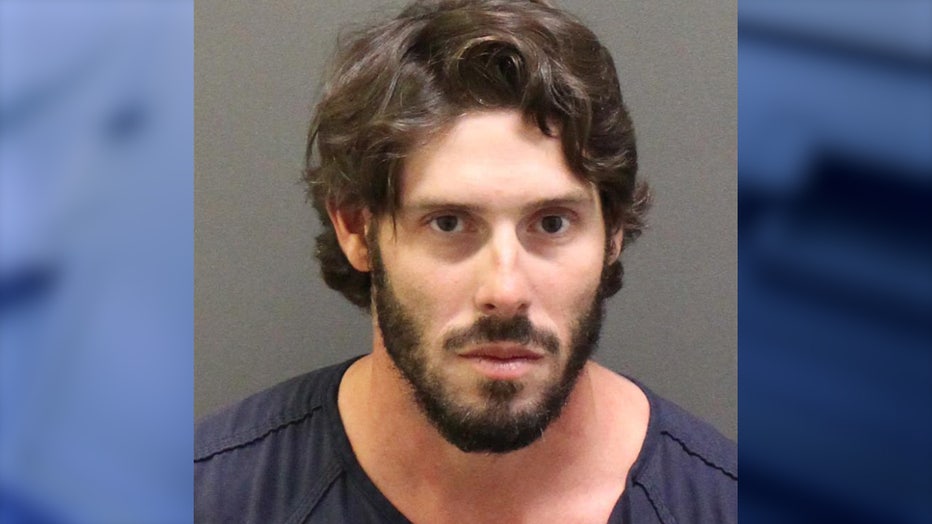 Chase Mina was arrested for suspicion of operating a motor vehicle while under the influence.

In a statement to FOX 35, Sheriff Mina said, "This is a personal matter involving my adult son, and I expect this case to be handled like any other case through the justice system."