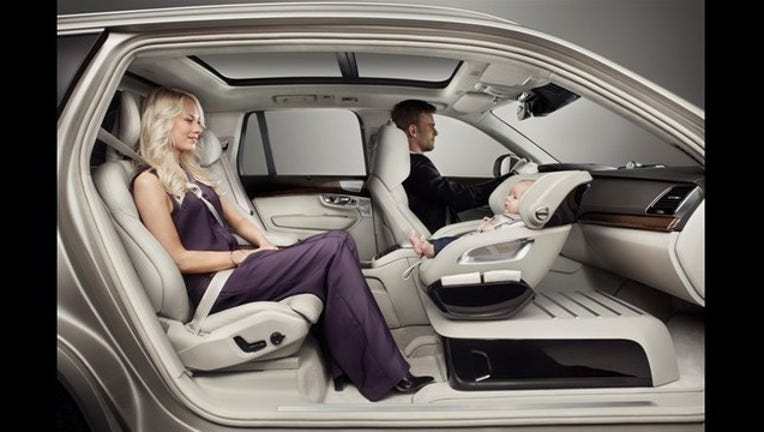 Volvo Cars’ design team has re-imagined how children could travel safely in cars in the future. The move follows the Shanghai reveal of the XC90 Excellence and the Lounge Console Concept, which marked a bold and luxurious step forward for the Swedish car brand.

“We started by asking ourselves if we could make life easier for parents and safer for their children when it comes to the child seat experience. We focused on three key benefits – making it easier to get the child into and out of the child seat from an ergonomic and comfort perspective, providing the child with a safe rearward facing seating position that enables it to keep eye-contact with either the driver or the rear passenger and of course including enough storage for those vital child accessories, such as diapers, bottles, wipes, and so on,” said Tisha Johnson, Chief Designer Interiors at Volvo Cars Concept and Monitoring Centre.

According to Tisha Johnson the idea originated in a conversation with Volvo Cars’ owner Li Shufu when he reviewed the XC90 Excellence Lounge Console Concept earlier this year and thought about how else the space left by removing a front passenger seat could be used. The design team at Volvo Cars took on the challenge and in the process re-imagined the way in which small children can travel.