A wildlife technician with the Georgia Department of Natural Resources recently came upon an epic battle that was unfolding in a Bulloch County swamp. [Video is courtesy of Matthew Moore]

LAKE MARY, Fla. - A wildlife technician with the Georgia Department of Natural Resources recently came upon an epic battle that was unfolding in a Bulloch County swamp.

Two male Northern Cottonmouths, also known as "water moccasins," were engaged in a wrestling match to establish dominance and subsequent rights to mate with female Cottonmouths in the area, according to Matthew Moore.

"The Cottonmouths, along with the Southeast's other native pit vipers (Copperheads and Rattlesnakes) mate predominantly in late summer to early fall," Moore explained.  "Although these snakes are venomous, they never bite each other while engaged in these wrestling matches. They simply vigorously entwine around each other and try to physically outmatch the other by pushing their opponent down to establish dominance." 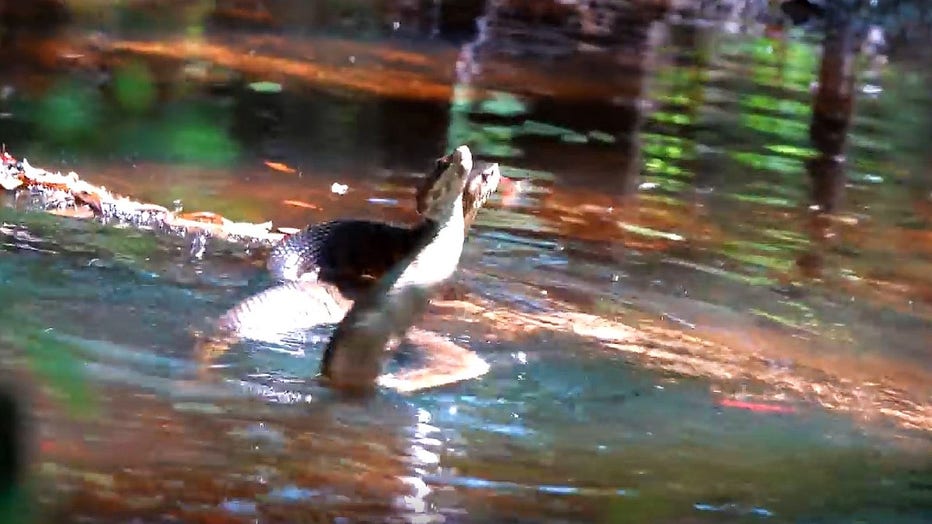 Moore, who has witnessed three such fights, said usually the larger snake wins.

"He will then chase the loser out of the area where the fight took place," Moore added.

The Cottonmouths in the video were estimated to each be about 3-and-a-half-feet long.