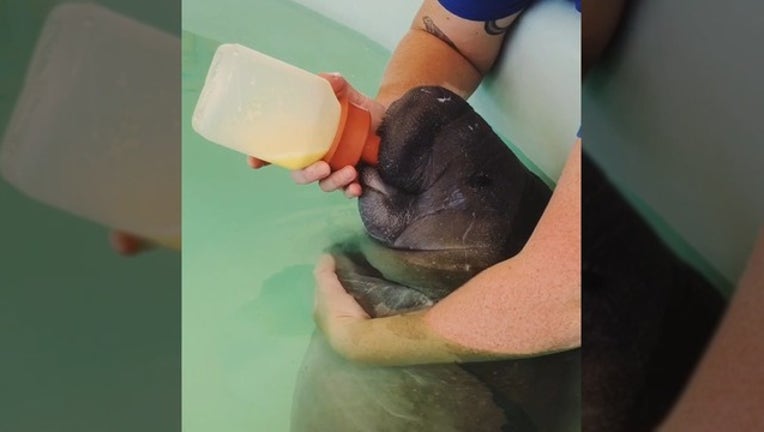 The video shows baby manatees José, Dex, & Ursula. They were rescued in September 2017 after Hurricane Irma separated them from their parents, says National Geographic photographer Michael George. He goes on to say that the SeaWorld Rescue Team took them in for rehabilitation and release.

The video of the manatees was filmed during a shoot for his children's book 'Life at the Zoo.' The book teaches kids the vital role that zoos play in conservation, breeding, and rescue programs.