US journalist, director of UCF series killed in Ukraine

Brent Renaud, an acclaimed filmmaker and director of a UCF series, died Sunday after Russian forces opened fire on his vehicle in Ukraine.

ORLANDO, Fla. - Brent Renaud, an acclaimed filmmaker who traveled to some of the darkest and most dangerous corners of the world for documentaries that transported audiences to little-known places of suffering, died Sunday after Russian forces opened fire on his vehicle in Ukraine.

The 50-year-old Little Rock, Arkansas, native was gathering material for a report about refugees when his vehicle was hit at a checkpoint in Irpin, just outside the Ukrainian capital of Kyiv. Ukraine’s Interior Ministry said the area has sustained intense shelling by Russian forces in recent days.

Renaud was one of the most respected independent producers of his era, said Christof Putzel, a filmmaker and close friend who had received a text from Renaud just three days before his death. Renaud and Putzel won a 2013 Alfred I. duPont-Columbia University journalism award for "Arming the Mexican Cartels," a documentary on how guns trafficked from the United States fueled rampant drug gang violence. 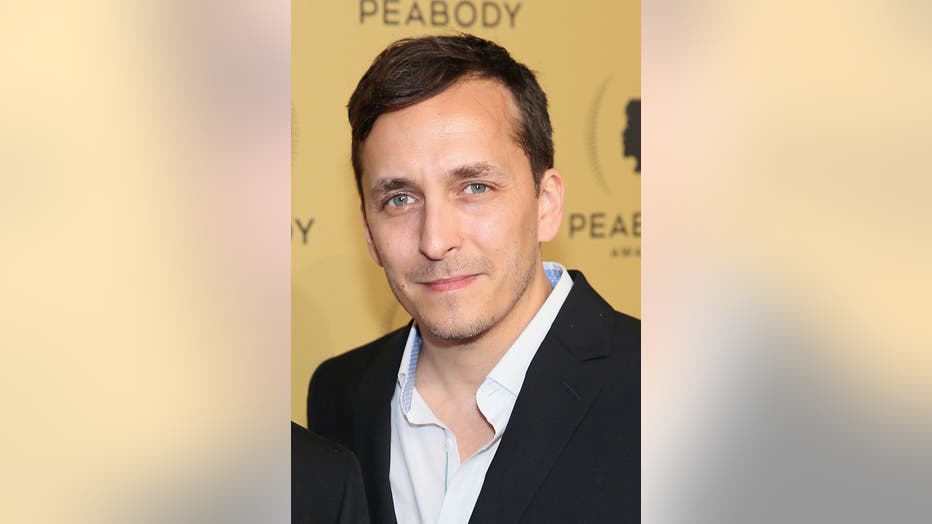 "This guy was the absolute best," Putzel told The Associated Press via phone from New York City. "He was just the absolute best war journalist that I know. This is a guy who literally went to every conflict zone."

Renaud also had ties to the University of Central Florida. The UCF athletic family says he was the director and cinematographer of a series called, "Our Time - UCF Knights Football". The ESPN series was filmed last year.

The details of Renaud’s death were not made immediately clear by Ukrainian authorities, but American journalist Juan Arredondo said the two were traveling in a vehicle toward the Irpin checkpoint when they were both shot. Arredondo, speaking from a hospital in Kyiv, told Italian journalist Annalisa Camilli that Renaud was hit in the neck. Camilli told the AP that Arredondo himself had been hit in the lower back.

"We crossed the first bridge in Irpin, we were going to film other refugees leaving, and we got into a car, somebody offered to take us to the other bridge, we crossed the checkpoint, and they started shooting at us," Arredondo told Camilli in a video interview shared with the AP.

A statement from Kyiv regional police said that Russian troops opened fire on the car. Hours after the shooting of Renaud, Irpin mayor Oleksandr Markushyn said journalists would be denied entry to the city.

"In this way, we want to save the lives of both them and our defenders," Markushyn said.

The U.S. State Department said it would not comment on Renaud’s death out of respect for his family members but that consular assistance was being offered to them.

The U.S. State Department condemned attacks on news professionals and others documenting the conflict.

"We are horrified that journalists and filmmakers—noncombatants—have been killed and injured in Ukraine by Kremlin forces," the department said via Twitter. "This is yet another gruesome example of the Kremlin’s indiscriminate actions."

Responding to news of Renaud’s death, the New York-based Committee to Protect Journalists called for an immediate halt to violence against journalists and civilians.

"This kind of attack is totally unacceptable, and is a violation of international law," the committee said on Twitter.

TIME released a statement deploring Renaud’s death and saying he had been in the region working on a TIME Studios project focused on the global refugee crisis.

"We are devastated by the loss of Brent Renaud," the statement said. "Our hearts are with all of Brent’s loved ones."

Along with his brother Craig, Renaud won a Peabody Award for "Last Chance High," an HBO series about a school for at-risk youth on Chicago’s West Side. The brothers’ litany of achievements include two duPont-Columbia journalism awards and productions for HBO, NBC, Discovery, PBS, the New York Times, and VICE News.

Renaud was also a 2019 Nieman fellow at Harvard and served as visiting distinguished professor for the Center for Ethics in Journalism at University of Arkansas. He and his brother founded the Little Rock Film Festival.

Among other assignments, Renaud covered wars in Iraq and Afghanistan, the devastating 2011 earthquake in Haiti, political turmoil in Egypt and Libya and extremism in Africa.

Putzel, who worked with Renaud for 12 years, paid tribute to his courage and passion.

"Nowhere was too dangerous," Putzel said. "It was his bravery but also because he deeply, deeply cared."

He is survived by his brother Craig, Craig’s wife, Mami, and a nephew, 11-year-old Taiyo.